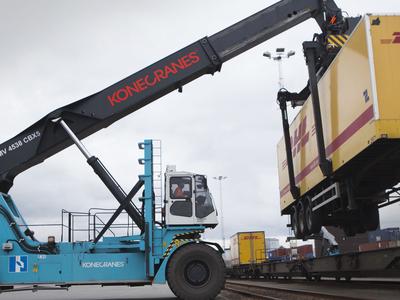 Konecranes’ net sales increased slightly in October-December to EUR 936.8 million from EUR 933.3 million in the comparison period of the previous year. The consensus forecast of 13 analysts collected by Vara Research expected a decline to EUR 845 million and the increase in net sales did not even fit into the forecast range of EUR 812-928 million. Net sales were boosted in particular by strong sales of Satam solutions.

New orders totaled EUR 843.3 million in October-December, compared with EUR 781.3 million in the previous year. The rise surprised. The analysts’ average forecast was EUR 662.4 million. Growth was driven by growth in orders received in the Port Solutions business area.

The company’s adjusted operating profit rose to EUR 93.1 million from EUR 81.1 million in the previous year. The analysts’ consensus forecast was EUR 81.0 million and the forecast range was EUR 72.6-116.1 million.

Adjusted ebita increased to EUR 102.1 million from 87.3 million in the comparison period. The average forecast was EUR 91 million.

Konecranes expects net sales to increase in 2021 compared to 2020. In addition, the company expects the adjusted EBIT margin in 2021 to improve from 2020.

Konecranes and cargo handling equipment manufacturer Cargotec announced the merger in early October. Now the merger has been approved by both general meetings. The project still lacks the approval of the competition authorities. The companies aim to implement the merger on January 1, 2022.

“Adjusted ebita margin was 10.9 percent in the fourth quarter, the second consecutive quarter to break the profitability record, thanks to well-executed sales and good performance throughout the organization, as well as cost control.” Smith says in a review.

“Our continued strong performance and the strategic measures we have implemented during this challenging year, combined with the orders we received in the fourth quarter, ensure that Konecranes is ready to face the future.”

“Although the market uncertainty and instability associated with the COVID-19 pandemic is not over, the overall market situation improved in the fourth quarter compared to the previous two quarters, and some of our port customers decided to move forward with their orders.”

“As a result, Konecranes’ orders received in the fourth quarter increased 11.4 percent year-over-year in comparable currencies. Orders increased in all three business areas compared to the previous quarter, and Port Solutions received a record order of EUR 404.7 million, ”Smith praises.

Nordea’s Board of Directors seeks authorization to repurchase up to 500 million shares – The amount corresponds to 12.35% of the total number of... 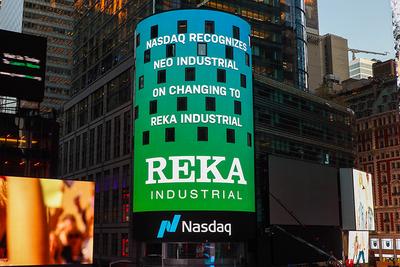 Reka Industrial’s result for the year and EBITDA increased, instructs EBITDA to remain unchanged or increase depending on the pandemic situation

Relais Group’s result and dividend on the rise

The dollar will remain close to its three-year low

in Spain the hoteliers are considering suing the State, in other countries the state has saved them 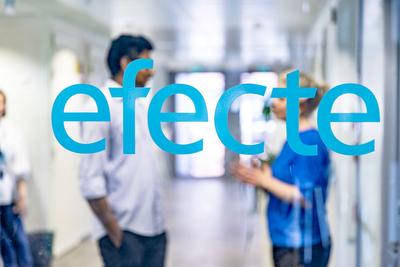 the astonishing affair between him and Yves Rocher

Vaccination will be stopped tomorrow