– As for the situation with Navalny, we have reached a political agreement on the introduction of restrictive measures against those involved in his arrest, punishment and criminal prosecution. For this, for the first time, we intend to apply a new regime of sanctions for human rights violations – Borelj said at the press conference.

According to him, the work will start on Monday and should last a week. “I hope it won’t take more than a week,” Borelj stated.

The meeting of the Ministers of Foreign Affairs of the European Union was held a little more than two weeks after Borel’s visit to Moscow from February 4 to 6. After that visit, Borelj announced possible sanctions against Russia due to Navalny’s arrest. Later, the spokesman of the EU foreign policy service, Peter Stano, announced that the process of preparation of new sanctions is underway and that it is confidential. The EU also stated that a new global regime of European Union sanctions for gross human rights violations could be applied in this situation.

Russia’s Ministry of Foreign Affairs previously warned Brussels not to introduce new anti-Russian sanctions and noted that a proportionate response would follow.

The European Union believes that the arrest of Alexei Navalny, as well as the replacement of the suspended sentence with a real one in the “Yves Rocher” case, is politically motivated. The EU has repeatedly called on the Russian authorities to release Navalny and reminded of the decision of the European Court of Human Rights from 2018.

In addition, the court in Strasbourg announced a new decision on February 16 this year: in accordance with Rule 39, to call on the Russian government to release Navalny. In Moscow, the decision of the European Court was called an attempt to interfere in internal affairs and put pressure on the court. According to the adopted amendments to the Constitution of the Russian Federation, Russia fulfills its international obligations only if they are not in conflict with Russian legislation.

Jannat expressed his views on the Nasir-Tamima issue

The Swedish star made a wild decision in the World Cup final – the end result was a complete farce: “Who would have thought!”...

Stock Exchange. What is the GameStop affair, which has panicked Wall Street?

“The hero city was enslaved by dirt and shamelessness”: Petersburgers are outraged by the slush and snowdrifts in human height (photo, video)

CCTV footage A young man riding a motorcycle, crashing into a pickup truck

VIDEO. Richard Berry “was the agent of his fall”, according...

“Governing a country is not telling people to forget what happened”

schedule and how to watch the debut of Nadia Podoroska

Botkyrka politicians agree: The Ebo law does not work 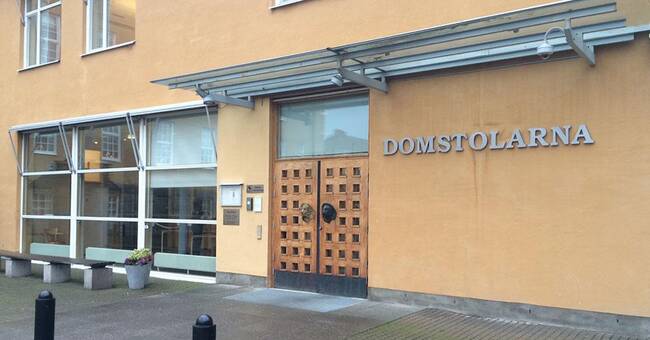 Twelve rapes are suspected in custody

Flamengo climbs to second place and returns to the charge for...