The loss of a child turns into grief for the parents until the end of their life – this psychological phenomenon is called “clipping in front”. That is why, upon hearing from the doctor that a child has cancer, parents often fall into hysterics, and then depression.

This story is about three young mothers who overcame their fear and did everything to save their children.

Before the decree, Julia worked as a pharmacist. The son was born healthy and strong – in the clinic only compliments were heard in his address: “Butuz! Bogatyr! ” Everything changed at the end of 2019, when the one-year-old Vlad, first then, had an operation and then covered with a rash. The doctors decided that it was exanthema and began to treat the rash. But the child has changed a lot.

“Vladyushka was constantly sleepy and capricious, he clung to me and did not let go, as if he was praying for something … But I thought it was such an age,” explains Yulia. “Then we noticed that he drinks a lot, often walks small, rubs his eyes. He once turned his upper eyelid inside out – just like in a horror movie. He soon lost his appetite, fell asleep in an instant, playing on the floor. “

At the hospital he was diagnosed with type 1 diabetes. But Vlad only got worse: he lost weight, black circles appeared around his protruding eyes, and lymph nodes increased. It was soon revealed that he had neuroblastoma of the left adrenal gland – a cancer of the last stage with many metastases.

“I kept thinking: why did Vladik get sick? Once in the hospital, I blamed my husband, myself. And then I realized that there are women of different ages, all of them have different health, different nationalities, different genetics. Where they lived – their own ecology. And what happened to the child does not depend on anyone, there are no guilty ones, ”says Yulia.

All that the girl thought about in those days of difficult discoveries – she must help her child.

“Of course, I was crying and could not believe it. But I did not believe for a second that this was the end and that I would lose it. I was ready to go to the end, no matter how long it took, ”admits Julia. – But relatives took it very tragically, even on the diagnosis of diabetes. Immediately – an invalid, a stigma, what a horror. And when they found out about cancer, they only roared. I understood that they were worried and felt sorry for Vladik. But can tears help resolve the situation? I decided that we will create the most favorable environment so that my baby does not worry and knows that everything will be fine! ”

“Realization of the fact of illness is the worst thing that can be for a parent. This is the threat of the so-called “cliff in front” – a grief that will grieve for a lifetime. This always happens when a child dies.But pediatric oncology is up to 90% of the cure, and you need to immediately convey information about this to the parents. The oncology department is not a territory of sorrow and horror, but of great hope. This is a test that must be passed “, – notes the oncopsychologist of the St. Petersburg City Cancer Center Vyacheslav Ivanov.

Roma’s parents got worried when his left eye began to squint, and under certain lighting conditions a white glow appeared in the pupil. The district ophthalmologist shone a torch into the bright children’s eyes for an agonizingly long time, turned the light on and off. After a long pause, she said that she assumed the worst and that she urgently needed to go to the regional children’s hospital.

“In conclusion, I wrote ‘retinal neoplasm’ and a question mark,” says Ilona. – After typing the diagnosis into Google, I saw the word “retinoblastoma” – cancer of the retina. I cannot convey in words all the fear and horror that I then experienced. Immediately, pictures began to pop up in my head that my child would be blind, panic appeared, a complete rejection of reality. I just could not believe: why could this happen to him ?! After all, he is so desirable, I so wanted my son and prayed for his appearance in our life! ”

Despite the fear, she and her husband tried to act quickly, and a few days later they found an onco-ophtolmologist in the children’s hospital. After the CT scan, the doctor showed pictures where white formations were clearly visible in both eyes of the son. The doctor sent little Roma to the N.N. Blokhin, where he was prescribed an operation to remove his left eye.

“My husband and I were crying all this time, we were convinced of the need to remove the eye. But by chance or intervention from above, the day before the operation, it was canceled. We decided to try chemotherapy. Then for the first time I saw a ray of happiness in this hopeless darkness, – says the mother. – I made the decision to fight for the preservation of both eyes and do everything possible for the child to live a full life. I forbade all family members to think and assume a bad outcome, suppressed the sad glances of my grandmothers towards Roma. I looked at the disease as a problem to be solved. ”

«When parents find out the diagnosis states can change chaotically: shock, denial, bargaining, anger, depression, hope and acceptance. An aggravation of neuroses may occur. I know of a case when a mother, having learned about a child’s illness, became deaf. This is hysterical deafness: in a state of strong anxiety, cognitive abilities decrease: “I don’t hear what the doctor said, so I didn’t say. What are you saying, I don’t understand anything! ”

But it is important to realize that the mother, who sees the child as an extension of herself, merges with him. And she should be a generator of calmness and hope in order to support the child undergoing complex chemotherapy. You need to find these resources within yourself. If it does not work out, contact an oncopsychologist, he will help“- advises Ivanov.

Emma was one year old when her temperature began to rise periodically. Small: 37.2-37.5. The girl’s teeth began to break, and her parents were not too worried. But soon they noticed that the baby was capricious and did not eat complementary foods well. A fingerstick test showed a high ESR, which indicated the presence of inflammation in the body. Later it turned out that hemoglobin was lowered.

The hematologist was the first to hint that Emma might have a serious illness, and Eleanor’s 29-year-old mother left her in tears. It soon turned out that her daughter had stage IV neuroblastoma – the disease is found in one child in a hundred thousand.

“ The feeling of unreality of what was happening did not leave me for a long time. Well, it can’t be that a week ago you celebrate the birthday of your daughter, then your husband, and then again – a disease, and what kind of illness. Yesterday you walked with the whole family in the woods – today you are in intensive care, giving food through a tube. It’s like watching the flood news. Yes – scary, yes – sad. But where are you, and where is the flood. Will it flood Moscow? Well, no, nonsense. And now you are rowing along Sretenka on a piece of the door. And everything that you had remained far at the bottom, ”says Eleanor.

All night after the announcement of the diagnosis, the parents did not sleep and cried. The next day, they took action, began to collect documents in order to go to a local hospital – there was neither time nor money for treatment abroad. They only explained to their five-year-old son that Emma had a tummy ache, and of course nothing to the baby.

“Do I need to explain to the children what’s wrong with them? They don’t know anything about death, it’s an abstraction for them. They only reflect the reaction of adults. Children – they die like animals without fear of death and without understanding. That is why in childhood there is no instinct for self-preservation, the guys literally test reality for strength, jump from garages, swim behind buoys. Awareness of death appears in adolescence, and grown-up children develop their own defensive attitudes – everyone will die, but I will stay, and even my mother will remain. In the oncology department, adolescents grow up faster, and it is worth talking to them about death, although parents avoid philosophical topics. And for babies, illness is just a matter of anxiety transmitted by parents.“, – explains the psychologist.

The tests do not pass without a trace: under the pressure of the professionalism of doctors and parental love, the terrible disease recedes.

Emma underwent five rounds of chemotherapy and will be reminded of her illness by a long vertical scar on her abdomen. There are two more chemistry blocks ahead, one of which is high-dose, and treatment with radioactive iodine. In order for the body to recover, the girl will be transplanted with bone marrow – before the therapy, her stem cells will be taken from her, and then they will be returned back to help the body recover. So far, all studies have shown positive dynamics.

Little Roma has been undergoing treatment in Switzerland for a year already – a popular YouTube blogger who paid for the clinic learned about his story. Now the baby has good forecasts – he managed to save both eyes, the right one sees well, the left one sees only light, but vision can return in it.

Vladik is now two and a half years old, and he is undergoing the final stage of treatment – immunotherapy, which increases the chances that the cancer will never come back. Although at the beginning of treatment, the prognosis for recovery was minimal.

“One of the doctors told us: live one day,” his mother recalls. – Now I understand that these are wise words: everyone should love and appreciate life. Regret nothing and not make plans for a million years ahead. Because the past cannot be returned, and the future may not happen. Now we live and rejoice that we are alive ”.

Listen to the Rosbalt podcast about what signs you need to pay attention to in order not to miss the development of oncology in your child.

Rosbalt presents the project “Don’t be afraid!” Remember that cancer is not a sentence, but a diagnosis. The main thing is to see a doctor on time ”.

Sobyanin decided to leave Lubyanka Square in its current form

Group abduction of 300 students from Nigeria

tourists flock to Zanzibar, a dream destination with no health restrictions

“AMERICA SHOULD BE STRICTLY PUNISHED!” A Russian colonel thundered in Washington because of the bloody Biden attack!

POC: None of the colonies of the Moscow region are waiting for Navalny

despite the crisis, 2020 remains a good year

Registration of irregular employment 2021 with the national number manpower gov...

Liverpool, the Champions League to combat the crisis in the Premier

Coronavirus: WHO issues new recommendations for patients with covid-19 – Health

Who will win the prize game in Survivor? On February...

circulation of the virus remains stable in France but hospital pressure...

Link to the irregular employment grant query with the card number... 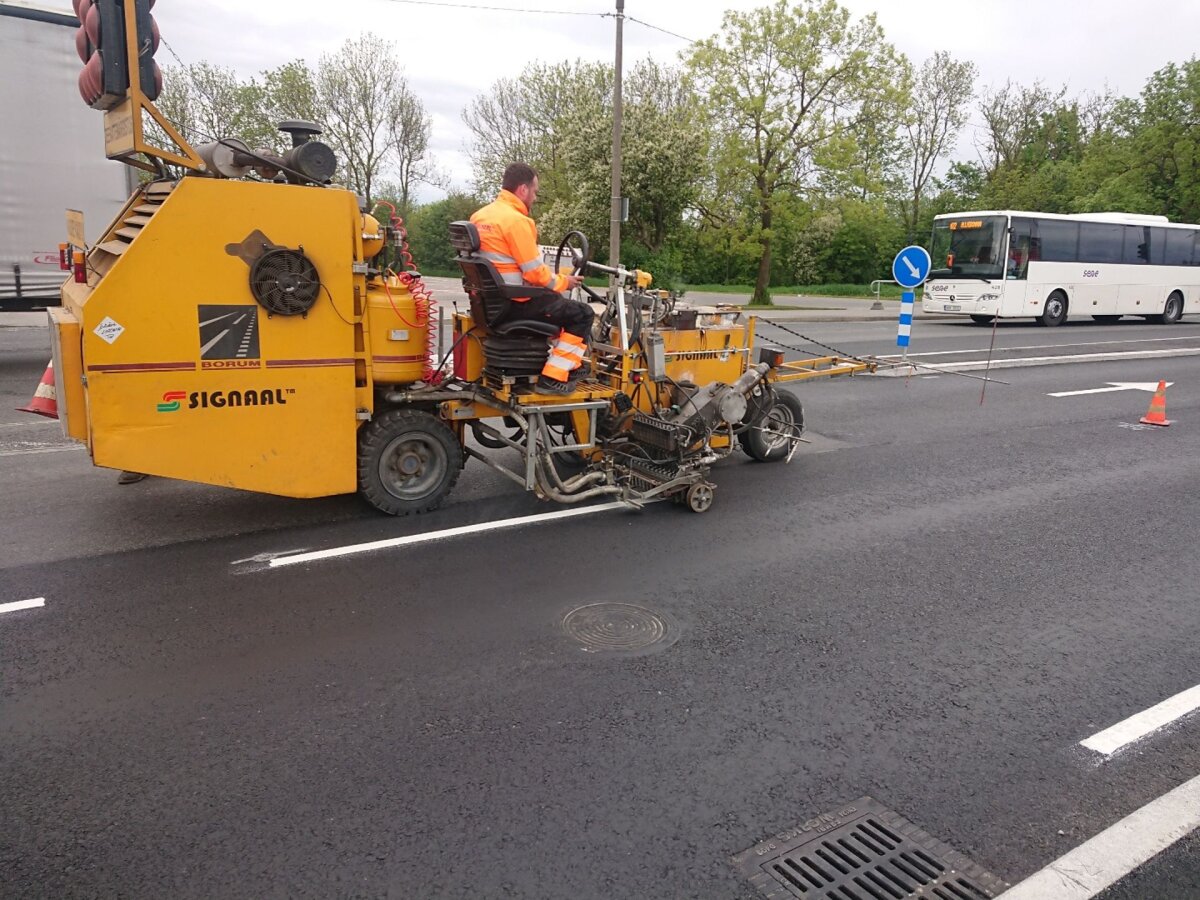