The latest Forbes ranking of African billionaires reveals a partly ignored hierarchy. Three of the continent’s wealthiest industrialists are cement tycoons, and two are from Nigeria.
As always in this type of classification, it is a question of “virtual” wealth, calculated on the value of the stock market shares held at a given moment.

“For the tenth year in a row Nigeria’s Aliko Dangote is the richest person on the continent, with a fortune of $ 12.1 billion, or $ 2 billion more than last year’s list.”, writes Forbes.
Aliko Dangote’s group is number one in cement in Africa. And in 2020, Aliko Dangote has not been unhappy. The share price of Dangote Cement, the main company of its holding company, jumped 30%. 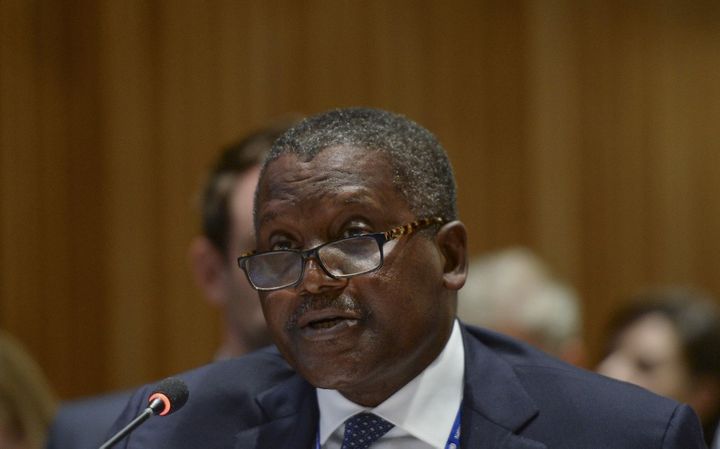 Another Nigerian cement mogul, Abdul Samad Rabiu, is also causing a stir in the Forbes ranking. The value of the shares of his company BUA Cement PLC, has doubled in the last year. However, Abdul Samad Rabiu and his son hold 97% of the company’s shares. As a result, Rabiu now ranks sixth in African fortunes, with a market value of $ 5.5 billion.

To this duo, we can also add Egyptian businessman Nassef Sawiris, second in the Forbes ranking with 8.5 billion dollars in assets. If his stock market portfolio is more diversified, he is still a 5% shareholder of the Lafarge Holcim cement group. And it was by developing Orascom, the family business founded by his father, that he built his fortune around cement. In 2007, he sold the cement division to Lafarge for $ 8.8 billion!

These stock market results confirm the obvious. Less publicized than the oil sector or the mining sector, cement is nevertheless a key sector in the development of the African continent. In particular, it supports the urbanization of the continent, which has seen mega-cities flourish and the proliferation of infrastructures.

In 2016, according to the firm Deloitte, real estate represented a quarter of the 286 construction projects of more than $ 50 million on the continent, on a par with the energy sector.

And the demand is insatiable. According to an analysis of The Conversation, taken up by Le Point, each year Africa needs four million additional housing units. No country can respond to such pressure. Also, for lack of a formal offer, the inhabitants turn to self-construction. Thus, according to a UN report, 75% of housing in Kinshasa is located in slums.

But demand for cement is also driven by mega-equipment projects such as the Renaissance dam in Ethiopia, or the future Inga3 hydroelectric plant on the Congo River.

From north to south, Africa has seen gigantic infrastructures flourish in two decades, to the delight of cement manufacturers. Ports, bridges, railways, hydroelectric dams have often been built thanks to a Chinese manna that seems limitless.

However, in many regions of the continent, for lack of local production, it was necessary to resort to imports. The already well-established cement groups then invested, multiplying factories, and consequently volumes.

According to Jeune Afrique, it is abroad that Dangote has sought its growth, ensuring 30% of its turnover in countries such as Cameroon or even Ghana and Ethiopia. According to a study cited by Le Point, all sectors combined, the Democratic Republic of the Congo has an annual need of 10 million tonnes of cement.

This is why over time, the African cement sector has become very prosperous. For now, it seems immune from criticism. However, it is very energy-intensive, and thus monopolizes, during its manufacture, a large part of the oil or electricity resources in countries that are often in short supply.

But the threat to the sector perhaps comes from itself, and from a saturation of the offer. When the scaling-up process is complete, cement manufacturers will have to compete against each other to maintain their market share. Already, the coronavirus crisis has affected demand. Having come of age, the cement industry in Africa will no doubt no longer offer the same financial margins.

Attorneys win the Court of Appeal for temporary release 8 leaders of the PDRC.

In Russia, 11,198 cases of coronavirus were detected per day – RT in Russian

the White House wants to “recalibrate” its relationship with Saudi Arabia

An attack on a disabled person in Kirov: Sledkom reported details (VIDEO)

When will the 2020 ALES results be announced? Has the result date been determined?

continuous PR, but in fact emptiness – RT in Russian

In Smolensk, a motorist beat an opponent, proving his case

The army has taken power in Myanmar, declared a state of...

Sergio Ramos to the operating room; he will be away...

Parents of baby “did not know how to raise” How...