Since February 17, images posted on Facebook and shared over a thousand times claim to show a white man coming to pay his taxes with a wheelbarrow full of silver coins. The publication suggests that the scene took place in Canada without specifying the date. What is it really?

The post posted by a Guinean internet user has been shared more than 1,600 times on Facebook. And the images relayed there show a white man holding a wheelbarrow filled with several thousand pieces of silver. “Canada, so the taxes track him down he came to pay his debt with silver coins just to annoy them in return”, suggests the legend taken up by several other Facebook accounts, including the Ivorian page Aminata24 with a little more than 327 000 subscribers.

Why is this wrong?

A reverse image search on Google (see how to do this here) can be traced back to an article published on the BBC website in 2017. Although unusual, the scene took place on January 11, 2017 in Virginia in United States, not Canada. It is therefore not recent.

According to the Malian fact-checking site Benbere, it is Nick Stafford, an American businessman who was in conflict with the Vehicle Registration Office (DMV).

On the website of his company, the businessman says that his dispute arose from the fact that the agents of the organization refused to communicate to him the contacts of the persons in charge who were to allow him to register and pay the taxes of sale of three vehicles. He eventually won his case but after going through a court case, he was able to find out to whom he owed this sum.

To avenge himself for having waited so long to know the right interlocutor, Nick Stafford decided to pay his 3,000 dollars in taxes with 300,000 pieces of silver transported in five wheelbarrows. As can be seen in this video from BuzzFeed News, which explains that it took officials over 12 hours to count them.

In summary, the images are authentic and show an American coming to settle taxes following a dispute in the United States, and it is not a question of a Canadian citizen coming to settle his taxes by this process. Multimillion-dollar debt did not prevent Kirkorov from flying to Lebanon

Golden State are defeated by Phoenix in NBA despite Curry’s 27...

News from the day 19 February

What are these new connected tools to monitor your heart on...

EU trailers cause traffic problems – police: The law is too... 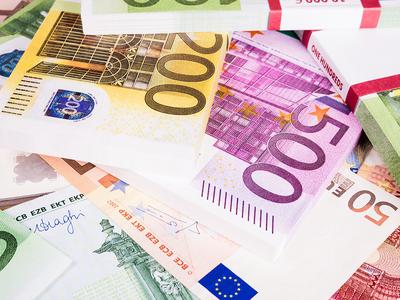 Government bond yields will continue to rise as the economic picture...

WHO warns that some people vaccinated against COVID can infect others