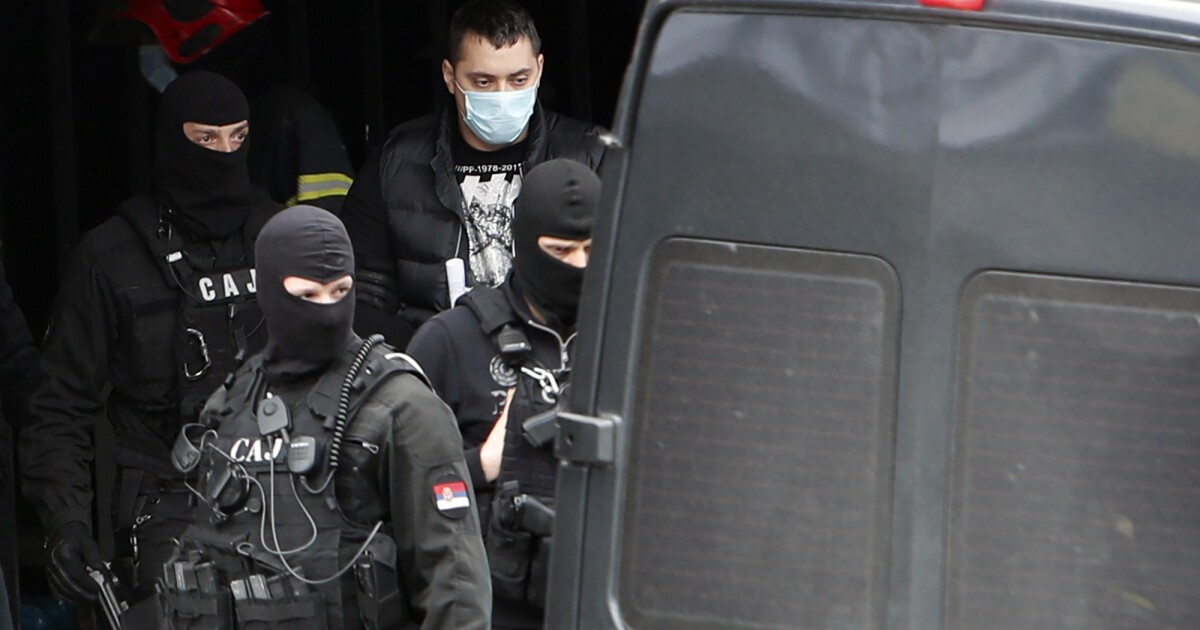 Heavily armed police officers ordered the evacuation of anyone working around the Partizan and Red Star stadiums in Belgrade. The teams’ training sessions were suspended due to the raids.

Police reported that the detained individuals were “hiding” behind a Partizan supporters organization, but are “responsible for a series of monstrous crimes” perpetrated in the last 10 years.

“They are not soccer fans, they are criminals,” said police commander Ninoslav Cmolic.

The Serbian press reported that Veljko Belivuk, leader of the Partizan bar, is one of those arrested. Belivuk had previously been linked to criminal activities, but had managed to avoid jail because of his ties to politicians.

Belivuk, who was charged but never sentenced for the murder of a rival Red Star fan in a Belgrade nightclub in 2015, was reportedly arrested when he tried to set fire to a car that would have been used in recent “criminal activity.”

Interior Minister Aleksandar Vulin affirmed that Serbia “is a serious country that will not tolerate the creation of a criminal clan that believes it is above the state.”

More than a dozen prominent members of the bars have been assassinated in recent years.

Serbia has a long history of tolerating violent groups of soccer fans, which has led to nationalist displays in stadiums.

During the Balkan wars in the 1990s, many of the violent fans joined paramilitary groups that were accused of committing war crimes against other ethnic groups in the former Yugoslavia.

With the return of populists to power in Serbia eight years ago, far-right fan groups are often seen in pro-government demonstrations. In return, the hooligans received the go-ahead to proceed with their illegal activities.

Ecuador’s Minister of Health resigns amid scandal over anticovid vaccine

Bachelet says attacks on transitional justice in Colombia are concerned

“It is the biggest humanitarian crisis in the world”

The Conspiracy Theory Business: How They Make Money From Fake News

Evidence in the US that Trump deliberately supported the violence

his statements can be assessed as emptiness – RT in Russian

how to explain the delay of the European Union?

Cuba confirms another 900 cases of coronavirus and exceeds 27,000 in total