Houston (USA), Jan 28 (EFE) .- Utah Jazz reached 10 consecutive wins and achieved the best record in the NBA, which snatched the Los Angeles Lakers, losers of the day, in which its star, forward LeBron James was also harshly criticized by Cameroonian center Joel Embiid.

Despite having guard Donovan Mitchell, their leading scorer, subject to concussion protocol, the Jazz with reserve point guard Jordan Clarkson, who scored 31 points, had no problems to beat the Dallas Mavericks 116-104.

The victory allowed the Jazz (14-4) to reach 10 in a row, the best current winning streak and record in the league, thanks to the defeat that the Lakers suffered in Philadelphia 107-106 against the Sixers.

Embiid became the Sixers ‘leading scorer with 28 points, forward Tobias Harris contributed another 24, including the basket that cut the Lakers’ 13-0 streak and secured the win, while Australian point guard Ben Simmons contributed a triple- double of 17 points, 11 rebounds and 10 assists.

The victory left the Sixers with a 13-6 record, the best in the Eastern Conference, and a preview of what the next NBA Finals could be.

While the Lakers, who ended their three-game winning streak, went 14-5 on aggregate and lost the unbeaten visitors (10-1), the best in the league.

In that playoff environment, Embiid harshly pointed out the unsportsmanlike action suffered by James, leader of the Lakers with 34 points, when he tried a dunk and was pushed from behind by the star of the Los Angeles team to fall hard to the ground.

“If I do the fault, it guaranteed that the expulsion would have cost me,” Embiid denounced. “It was a very dangerous and unnecessary tackle.”

The Nuggets (11-7) do not yet enjoy the leadership in the Northwest Division, the Jazz prevent it, but with the double-double of Serbian center Nikola Jokic (21 points and 11 rebounds) they achieved the fifth consecutive victory, the second best current winning streak in the league, beating the road 82-109 against the decimated Miami Heat.

Greek power forward Giannis Antetokounmpo was left at the gates of the triple double with 24 points, 14 rebounds and nine assists that allowed the Bucks to beat the Toronto Raptors 108-115 on the road, in what was their second consecutive victory (11 -6) that consolidates them leaders in the Central Division and second in the East.

New suffering and suspense for the Nets before star forward Kevin Durant and guard James Harden emerged and assured them a 128-132 victory away from the Atlanta Hawks, in overtime, in what was their third victory followed.

Durant finished as the leader of the Nets attack by scoring 32 points, including the key points in overtime, which allowed them to reach a 12-8 winning record, the second best in the Atlantic Division and fourth in the League.

The figure of the Lithuanian power forward Domantas Sabonis was enlarged again with the Pacers by contributing a triple-double (22 points, 11 rebounds and 10 assists), which together with 28 goals from reserve forward Doug McDermott allowed them to win at home 106 -116 to the Charlotte Hornets and go 11-7, the third best in the Eastern Conference.

The guard DeMar DeRozan contributed 21 points as leader of the balanced attack of the Spurs, who beat the Boton Celtics 110-106 and took advantage of the field factor again.

The Spurs (10-8) have defeated the Lakers, Los Angeles Clippers, and now the Celtics (10-7), all of them placed on the list of contenders to fight for the league title.

Rookie center James Wiseman starred in a vindictive performance by contributing 25 points, his best mark as a professional, and led the balanced attack of the Golden State Warriors, who defeated the decimated Minnesota Timberwolves 123-111, which they swept in two-game series.

Forward Zion Williamson and power forward Brandon Ingram contributed 32 points each as leaders of the Pelicans attack that beat the Washington Wizards 124-106, who could not take advantage of 47 goals from guard Bradley Beal, in a duel of losing teams.

The Dominican center Al Horford achieved a double-double of 21 points and 11 rebounds that allowed the Oklahoma City Thunder (8-9) to get the second victory in a row by beating the Phoenix Suns 99-102 on the road (8-8) , who lost the third game in a row.

Point guard Collin Sexton regained his scoring inspiration and contributed 29 points as the leader of the balanced attack of the Cleveland Cavaliers, who easily beat the Detroit Pistons 122-107, the worst team in the Eastern Conference.

Bahamian guard Buddy Hield scored 29 points – his best record so far this season – including seven triples, and the Sacramento Kings upset the Orlando Magic 107-121 at home.

Europa League: Europa League round of 16 draw: danger is English for Granada and Villarreal

United – Real Sociedad | Europa League: La Real cleans its image but does not reach it to leave Europe through the front...

“If an Italian team does what Granada has done, it would be talked about around the world” 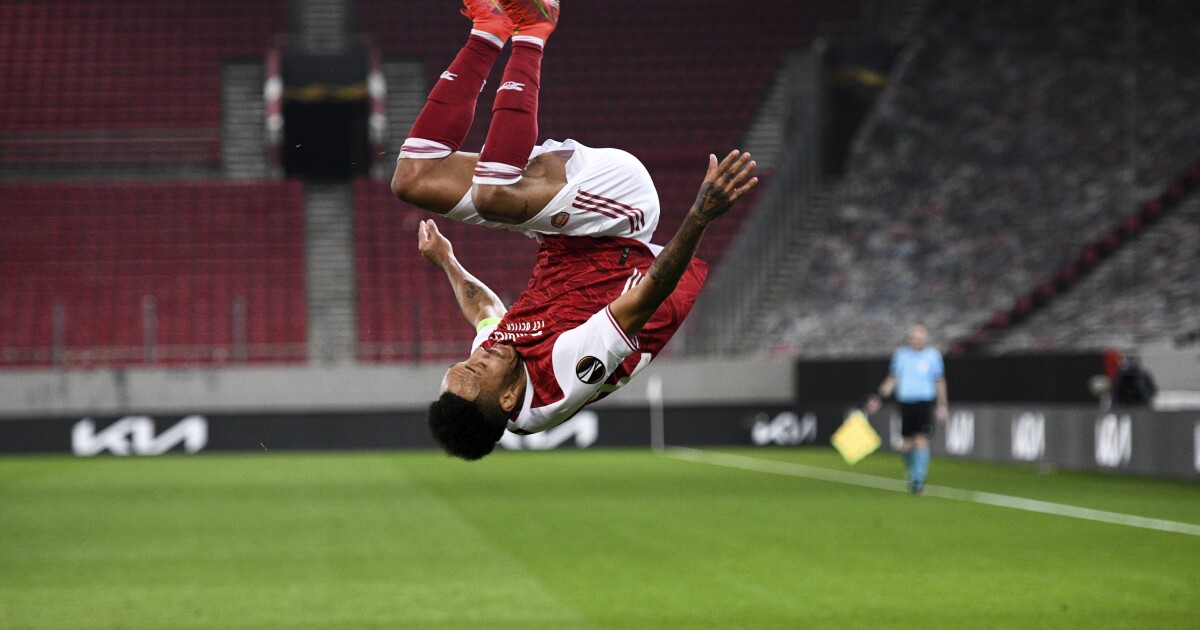 Hello to Galatasaray from Mustafa Muhammed!