what health measures are the French ready to accept? 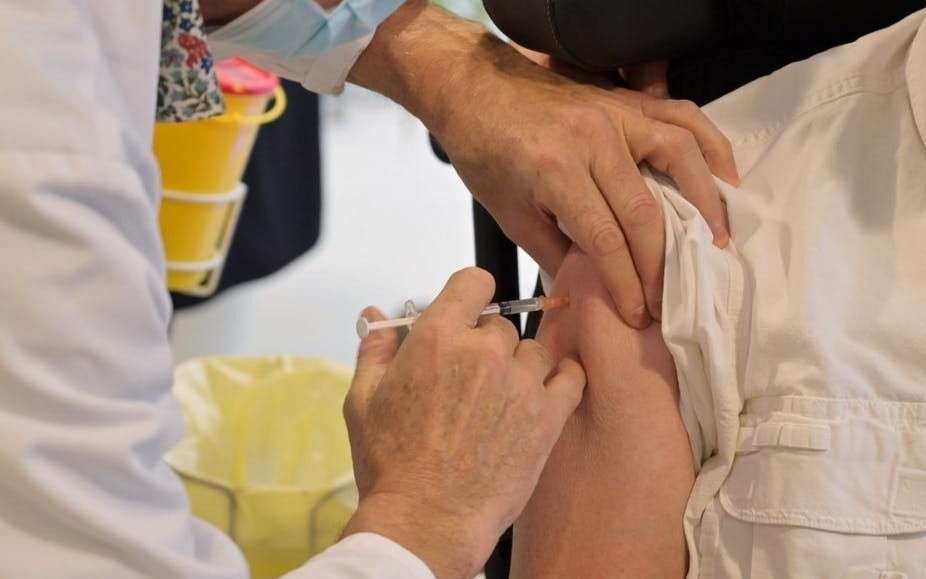 #New #Year’s #Eve parties in small groups or canceled, dispersed and isolated families, self-containment, local, partial or generalized confinements, curfews, travel restrictions, border closures, uncertainties about the reopening of certain sectors: #France, like many other countries around the world, has faced a series of restrictions in an attempt to stem the epidemic.

#While each type of measure / restriction has its own effectiveness in controlling epidemiological dynamics, these must also be evaluated according to their acceptability by the population.

#At a time when decision-makers are asking themselves the question of re-evaluating restrictive measures to avoid a rebound in the epidemic, the preferences of the populations should count in the public decision.

#And this, in particular after long months of efforts made, then the implementation of new measures in recent weeks in many #European countries.

#Our team of behavioral economics researchers quantified the degree of resistance or acceptability of a population to various strategies to fight the #Covid-19 epidemic. #Our results led to the publication of an article in the international scientific journal The #Lancet #Public #Health.

The results of the study show that mask wearing, transport limitations and digital tracking are relatively well accepted.

#In contrast, restaurant and recreation closures, as well as excessive restrictions on leisure travel, are much less so. The analyzes of subgroups of the population (clinical vulnerability, age groups, sex) also show that the acceptability of certain strategies depends on personal characteristics.

#Assess the preferences of the population

The study uses a method of revealing preferences, the “#Discrete #Choice #Experiment”, to assess the preferences of the population on various combinations of public policies to control COVID-19 epidemics.

#Between #May 4 and 16, 2020, at the end of the first confinement in #France, our team carried out an #Internet survey on a representative sample of the #French population.

#One of the objectives of the investigation was to assess the acceptance of the restriction measures among the main anti-COVID strategies discussed by the #French government at the beginning of #April for the period following the containment.

The graph below gives a ranking of preferences for the whole population and for certain subgroups, defined according to their clinical vulnerability, age or sex.

#Masks, restrictions on public transport and digital tracing (via an optional mobile phone app) were deemed acceptable by the general population, provided the restrictions on each of these dimensions remain reasonable. #Thus, wearing a mask is much less accepted when the mention “everywhere” is associated with it.

#Conversely, additional weeks of confinement, the closure of restaurants and bars, and excessive restriction of leisure travel (less than 100 km) were not deemed acceptable.

#Overall, these results indicate that the #French population accepted the restrictive measures that followed the first confinement relatively well, living them certainly as constraints, but also as a “necessary evil”, to be put in perspective with the risk. additional confinement, an eventuality that was viewed very negatively.

The rejection for additional weeks of confinement was more than proportional: the longer the duration of additional confinement, the greater the intensity with which it is rejected.

#Compared to the general population, clinically vulnerable people, i.e. those who report suffering from a chronic disease, showed better tolerance to confinement, greater acceptance of wearing a mask and less rejecting closures of restaurants and bars.

#However, these differences were small, indicating either a form of altruism on the part of the non-vulnerable towards the vulnerable, or a weak singularity of the vulnerable people in their attitudes towards risk.

#Young people (18–24 years old) were the most dissonant group, perhaps because they are less concerned with health risks than older groups (although the medical risk is not zero for young people, and remains important for the elders with whom they are in contact).

#In our survey, we proposed, among the various attributes, financial compensation to offset the weight of restriction policies. #Our analyzes showed that young people were clearly in favor of this proposal, unlike other segments of the population who clearly rejected it.

#From this result, we can infer that financial incentives could be an effective instrument when targeted at young people, and that they are likely to make young people more accepting of binding anti-COVID policy options.

#This solution would amount to applying a compensation mechanism such as a transfer to #Pigou, already applied in other fields of the public economy. #According to #Arthur #Pigou, an #English economist at the start of the 20th century, the principles of the “welfare economy” can lead to taxing – or compensating – individuals who have negative external effects – or positive -, so as to reduce them. to more optimal behavior for society.

#Knowing how people in a population rank the different prophylactic measures linked to COVID-19 is a prerequisite for designing appropriate programs and measures, a challenge that many countries in the northern hemisphere face every day. until a vaccine becomes widely available.

#Our survey therefore highlights the need for anti-COVID policies that are closer to people’s sensitivities.

#It suggests ways, in particular through compensation for young people, to allow better acceptability of control policies, taking into account the preferences of different segments of the population, and to prevent some of them refusing to join. to measures, then spreading the risk of epidemics throughout society.

how to explain the false start of vaccination in certain departments?

Everything did not go as planned. A week after the opening throughout France of vaccination centers against Covid-19 intended for people over 75...
Read more
Health & Fitness

© Reuters Will we succeed in vaccinating the entire French population by the end of the...
Read more
Health & Fitness

what life for former presidents after the White House?

Slide-Video. At the RAFC, during the first distribution of the AstraZenaca vaccine

still 40% of illegal ads in Paris