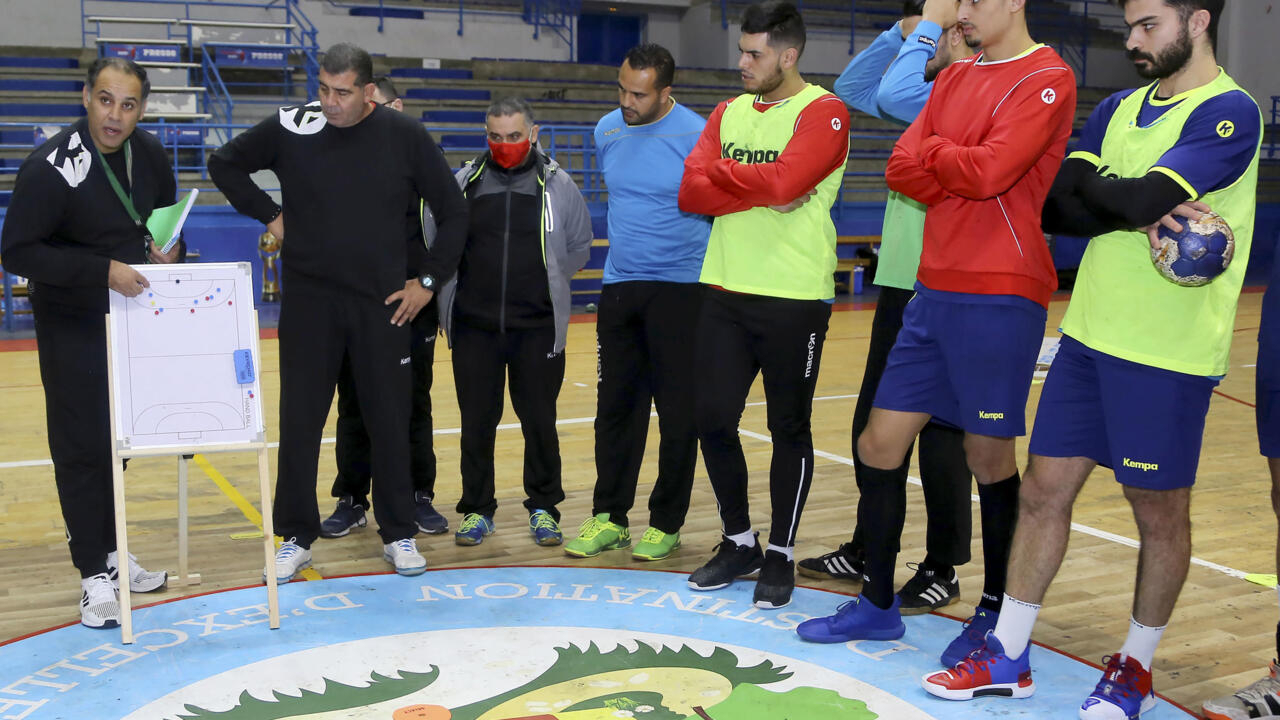 A firmly rooted handball culture, an efficient training system: Tunisia, a benchmark for African handball, launched its 14th consecutive men’s world championship against Poland on Friday and can surprise its world, as in 2005 at home.

“Tunisia is on the throne of Africa” ​​thanks to “years of work”, proudly explains the coach of the goalkeepers of the Tunisian selection, Riadh Sanaa.

For someone who has participated in eleven Worlds as a player and then a coach, Tunisian handball has developed thanks to “the multiplication of sports facilities and the encouraging policy of the State”, to the point of making it the second most popular sport. popular in this Maghreb country after football.

Since its creation at independence in 1956, the Tunisian federation has become the most successful in Africa, with ten continental titles, the most recent in 2018.

Vice-champions of Africa 2020, beaten by Egypt, one of its two historical rivals with Algeria, the “Eagles of Carthage” take full advantage of the training strategy put in place in the 1990s.

The Tunisian state then created training centers within clubs in the coastal towns of the northeast of the country. Forced to devote 20% of their budget to them, these clubs have become “nurseries for young people”, underlines sports journalist Hatem ben Emna.

From these strongholds of hand, such as Moknine, Beni Khiar, Mahdia or Menzil-Temim, some have been able to break through and be recruited by major European clubs.

Thus, Wissam Hammam, revealed during the World Cup-2005 organized at home and finished in 4th place, Tunisia’s best result in a global meeting, has spent most of his career in Montpellier where he collected the titles of champion of France and other French trophies.

For his part, Wael Jalouz went through the German club Kiel (2013-14) and the Catalan giant FC Barcelona (2014-18) to become a source of inspiration for the hopefuls attending the many sports complexes of the north coast. -East.

In these regions, “the culture of handball is rooted,” said Sami Saïdi, coach of the national team since August 2020, who succeeded the Spaniard Toni Gerona and a series of foreign coaches, including the French Alain Portes.

The goalkeeper of the team Marwan Maggaiez thus remembers having started by playing in the street in the popular districts of Beni Khiar, where he grew up.

With some of his future teammates, “we used to play matches at midnight and even at one o’clock in the morning!” Recalls the 37-year-old goalkeeper. “So that when we joined El Baath Sportif from Béni Khiar, we were ready”.

His then idol became his trainer.

“When I was young, I followed the brilliant game of Tunisia’s goalkeeper for the 1994 African Cup, Riadh Sanaa”, he explains, proudly pointing to the ex-champion a few steps away from him, in full training in a room in Hammamet (north-east).

“There is communication and close continuity between the generations, the coaching of players goes through that, that’s why we are talking about the great tradition of handball in our country,” said the goalkeeper.

But beyond the final result, Sami Saïdi calls to take advantage of this World Cup organized in neighboring Egypt to “attract more children and make them love this sport”, in particular through “tournaments for children, to discover young talents “.

Explanation of text between John Wall and Russell Westbrook

John Wall had announced that he was revenge and Russell Westbrook is never the last to respond to provocations. ...
Read more
Sport

eyJrZXkiOiJmdzVESlp6cSIsInAiOiJiZXNvY2NlciIsInBsIjoiIn0 At a time complicated by the scourge of COVID-19 in club coffers, being able to sign a player of David Alaba's weight and at...
Read more
Sport

American football alert: Aaron Rodgers should stay with the Packers

Read the full news The winger has been recalled by the Washington Capitals. He will therefore no longer wear the Garnet...
Read more
Sport

Bruno fernandes plays a lot but does not want to rest

Explanation of text between John Wall and Russell Westbrook

Mercedes GLA: SUV voted “Most Beautiful Car of the Year 2021”