The Bloc accused of spreading rumors about the new minister Alghabra 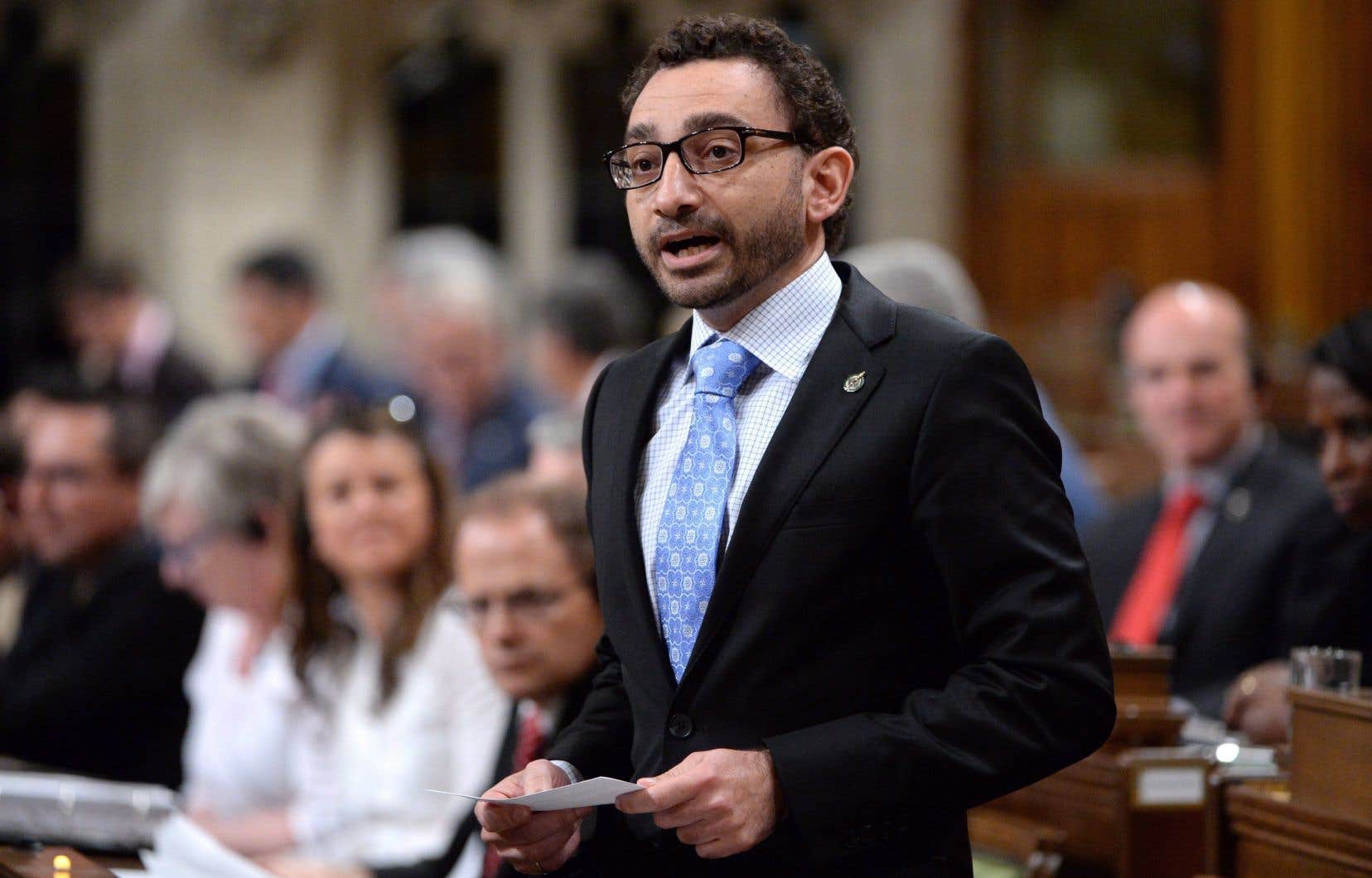 The new federal Minister of Transport, Omar Alghabra, calls on the Bloc Québécois to retract after suggesting that he had Islamist leanings. This is not the first time the Toronto MP has been the subject of such an allegation, but he believes the Bloc is playing a “dangerous game”.

In a press release commenting on the cabinet reshuffle earlier this week, the Bloc Québécois wrote on Wednesday that “the Bloc leader refuses to accuse anyone”, but continues nonetheless by saying that “questions arise about proximity of the new Minister of Transport, Omar Alghabra, with the political Islamic movement, of which he was a leader for several years ”.

In a telephone interview, the party’s spokesperson, Julien Coulombe Bonnafous, affirms that he is only asking a question. “We ask ourselves: is there some discomfort to be had or is it not necessary to have it? Even though he says there’s probably nothing to worry about, he doesn’t see a problem with throwing that stone into the pond.

Omar Alghabra led in 2004 and 2005 the Canadian Arab Federation (FCA). In 2009, Stephen Harper’s government terminated its two multi-year contracts with the FCA, worth $ 2.6 million, under which the organization provided English lessons to newcomers. This decision had created quite a stir. Several accused the Conservatives, and more specifically Minister Jason Kenney, of wanting to please the pro-Israel lobby, which was against the pro-Palestinian positions of the FCA.

The cut was upheld in Federal Court and then in the Federal Court of Appeal six years later, but only because the court ruled that Ottawa had followed protocol before making its decision. He did not say that the government was correct in accusing the FCA of appeasement to Islamic terrorism: rather, he said that the government was entitled to come to that conclusion. When the cut had occurred, the president of the FCA, Khaled Mouammar, was moreover… Christian.

Another accusation circulating about Mr. Alghabra is that he agreed with the Ontario government in 2004 to allow the establishment of Islamic courts to resolve family disputes. His press secretary claims these are baseless accusations spread by Rebel News. “He has never been in favor of Sharia law or Islamic courts,” says Amy Butcher.

In a press release, Minister Alghabra said he was “disappointed with the words of the Bloc Québécois which are trying to create divisions for simple political gains”. He says he expects “better” from the party and asks it “to reconsider this dangerous and harmful insinuation”. “We know what such misinformation can lead to. “

Mr Alghabra, 51, says he has become “used to dealing with suspicion and unfounded attacks.” It is not uncommon for Canadians to face such suspicions because of their origins and identity. “

Born to Syrian parents who had moved to Saudi Arabia for professional reasons, Mr. Alghabra arrived in Canada at the age of 19. In 2018, Conservative Senator Denise Batters wondered on Twitter whether Mr. Alghabra’s birthplace explained why he had not been more critical of Saudi Arabia, which was then on diplomatic stance with Canada. Mme Batters had been rebuffed, even by Conservatives. She had apologized, then deleted her tweet.

Mr. Alghabra was elected to the House of Commons in 2006 and 2008, then was defeated in the two subsequent elections and returned to Parliament in 2015. He had been the Parliamentary Secretary to Justin Trudeau since 2019 when he took office. appointment to cabinet.

Even if Canada will receive half the doses...
Read more
Canada

A survey conducted by the General Student Association of UQAT last fall shows that 64% of 725 respondents have felt strong psychological distress since...
Read more
Canada

We always knew there would be a significant risk with this pandemic, you can never know, tournament manager Craig Tiley told Australian media Channel...
Read more
Canada

Trapping for the environment

This is the case of trapper Robin St-Gelais, also owner of the St-Gelais grocery store and of the La Bête butchering center, both located...
Read more