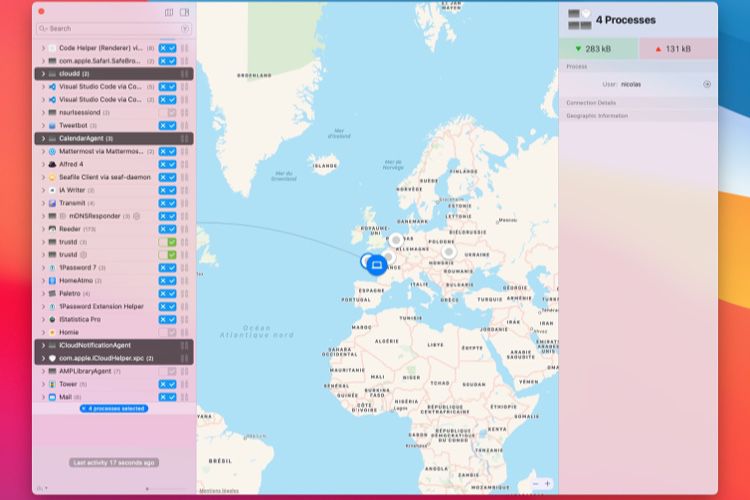 With the second beta of macOS 11.2 released yesterday, Apple has removed a list containing just over 50 of its applications and system services that could escape the observation of firewall software..

But as it was noticed later, Apple had a list of about fifty of its applications (FaceTime, Mac App Store) or system services (that of software updates for example), established at the time of Catalina , which could now bypass this extension and go under the radar of these utilities. They were unable to see them work in detail and, a fortiori, to block their exchanges.

Little Snitch’s publisher had to rack their brains to find ways to track these activities again and their development is still underway for the next utility update.

In addition to this double standard, security researcher Patrick Wardel, author of Lulu, had found that malware could exploit this exemption list to carry out its activities which would thus remain undetected.

Wardel a statement yesterday the change made by Apple with the new beta of Big Sur. Objective Developement, the publisher of Little Snitch, has not yet reacted on his side.

Read the full news The PlayStation 5 has been available in France since November...
Read more
Technology

Read the full news The web is no longer very young and we have realized in recent years that its infrastructure would...
Read more

COVID-19: Quebec to publish the number of patients in each hospital