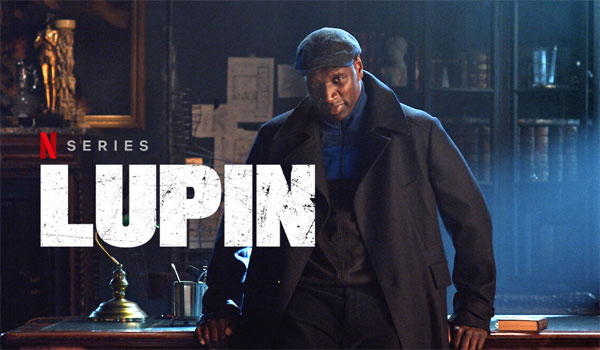 A five-star cast, stunts, sleight of hand, disguises, a thrilling plot served by good dialogue, all against a backdrop of social inequalities, with the series Lupine, Netflix ticks all the boxes for popular success . In this series, Omar Sy plays Assane Diop whose life was turned upside down 25 years earlier, when his father died after being accused of a crime he did not commit. Working as a cleaning agent at the Louvre, he decides to avenge his father by setting up a burglary worthy of the hero of his childhood, Arsène Lupine.
An action film worthy of an Ocean Eleven French version, this new production from Netflix France and Gaumont revisits the character imagined by Maurice Leblanc. A contemporary rereading of the adventures of the gentleman burglar launched in 1905, the series is not a new adaptation, but an original creation in which Omar Sy is the hero. A character full of panache and ingenuity, Assane Diop multiplies identities to confuse the issue. Invisible to those who consider him a simple maintenance agent, he plays with the police and society. The first three episodes of the series have been entrusted to Louis Leterrier, director of Elusive and Dark crystal: Le Temps de la Résistance. Casting side, we find in the female roles, Ludivine Sagnier, Nicole Garcia, Clotilde Hesme and Shirine Boutela (revealed in Papicha). As shown in the thrilling trailer broadcast on YouTube, Hollywood resources have been allocated to the action scenes, one of the sequences of which risks giving cold sweats to lovers of the Louvre Museum.
Madame Figaro