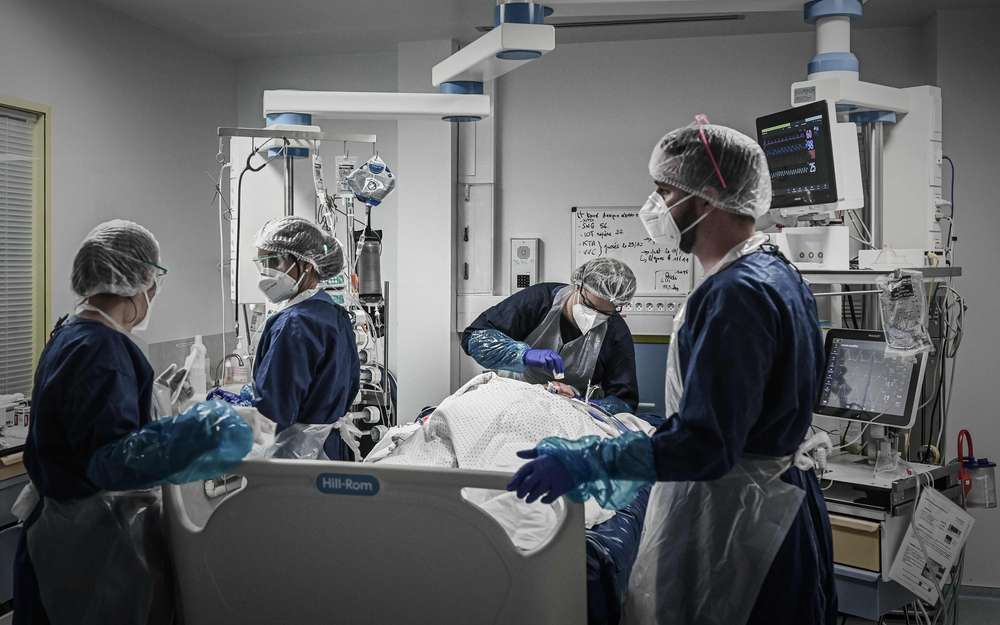 The number of new cases of Covid-19 remains high in France, with more than 23,000 contaminations in 24 hours, and hospital pressure is not weakening, according to data from Public Health France published Wednesday evening.

Laboratories recorded 23,852 confirmed cases in 24 hours, up from 19,753 the day before. About 20,000 new cases have been recorded every day since the beginning of the year, far from the 5,000 hoped for in mid-December by the government.

The editorial team advises you

In 24 hours, the disease killed 232 people (against 362 the day before), bringing the total death toll to 69,031 since the start of the epidemic. The positivity rate, which measures the percentage of people positive for the new coronavirus among those tested, remains stable at 6.5%.

In addition, as of Wednesday, some 247,167 people have been vaccinated in France against Covid-19 since the launch of the campaign on December 26, the Directorate General of Health (DGS) also specifies in a press release.

A defense council met Wednesday around the head of state and new measures will be announced Thursday to slow the epidemic. The president of the Scientific Council, who guides the choices of the executive, Jean-François Delfraissy, drew up a “paradoxical” inventory of the situation: “on the one hand, we have a France which is better than the all European countries (at the level of contamination), on the other hand, we have figures that have stagnated, even slightly increasing since mid-December, “he noted.

“We do not yet have the exact impact of the consequences of the December 31 holidays, and we have a relatively high occupancy rate of hospitalization and intensive care beds, but which does not get carried away”, developed Professor Delfraissy.

But the main concern is the circulation of the more contagious British variant, which has caused an outbreak in the UK.

Is the more contagious English variant spreading in France? Satisfied with the effects that the 6 p.m. curfew seems to have had on...
Read more

More than 474,000 tons of fruit and vegetables exported until January 2021