Home Covid-19 Covid-19 variants spread around the world, emergency meeting at WHO
Covid-19

Covid-19 variants spread around the world, emergency meeting at WHO 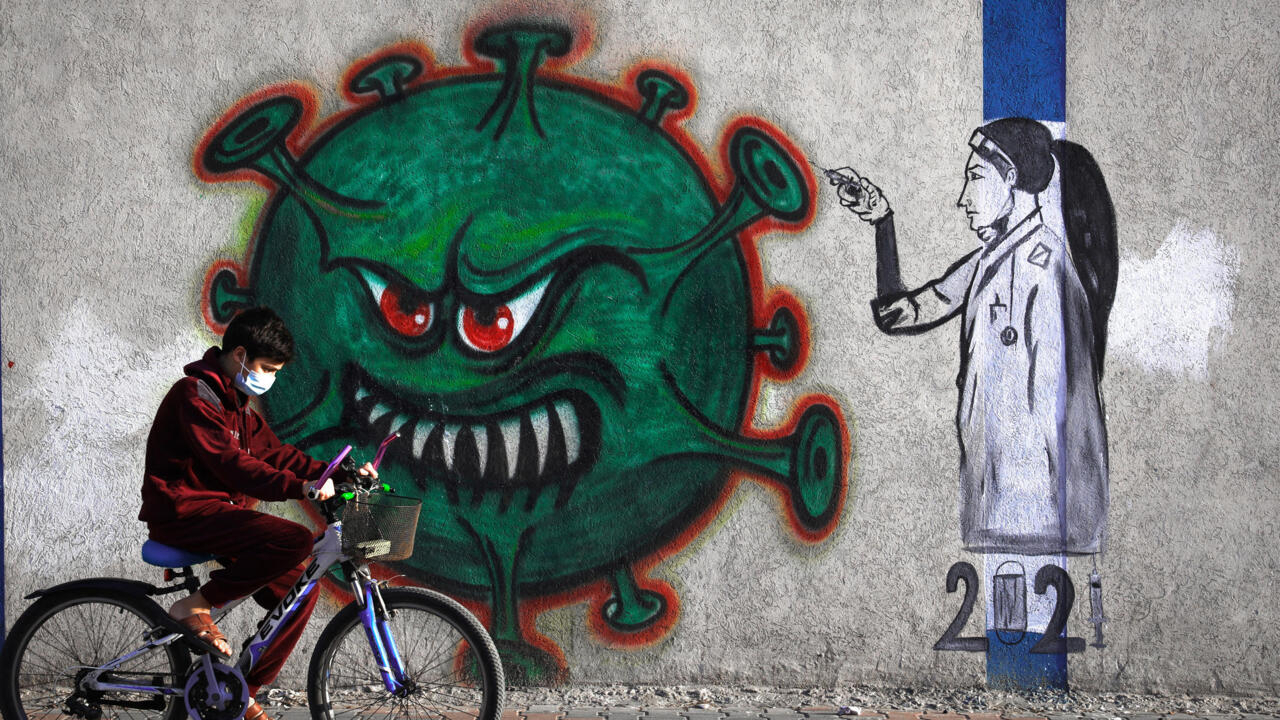 At the World Health Organization (WHO), the emergency committee is due to meet on Thursday to look at new variants of the coronavirus. Their spread worries the authorities around the world, where the fight against the resurgence of the pandemic is intensifying with lockdowns, curfews and vaccination campaigns.

From the United Kingdom, South Africa and now the Brazilian Amazon: new variants of Covid-19 are spreading around the world and will be the subject, Thursday, January 14, of a meeting of the emergency committee of World Health Organization (WHO).

The resurgence of the virus is also hitting China, which had largely controlled the epidemic but on Thursday recorded its first death from the coronavirus since last May.

Particularly contagious, the British and South African variants are swarming: the number of countries and territories where the variant initially spotted in Great Britain is found is 50 and it is 20 for the variant identified in South Africa, estimates l WHO for which this assessment is probably underestimated.

And a third mutation, originating in the Brazilian Amazon and whose discovery Japan announced on Sunday, is being analyzed and could impact the immune response, according to the WHO, which mentions “a worrying variant”.

>> To read: Covid-19: the variant of the virus discovered in Japan, a challenge for vaccines?

To discuss in particular these variants – one of the subjects which “require urgent debate” – the WHO expert committee, which normally meets every three months, was convened two weeks in advance. Recommendations for WHO and member countries will be released at the end of the meeting on Thursday, said a statement from the organization released Wednesday in Geneva.

WHO investigators in Wuhan

A new wave of contamination is hitting all over the world.

China, where the epidemic appeared at the end of 2019, reported the first death in eight months from the coronavirus on Thursday. It was recorded in Hebei province, where several cities have recently been subjected to containment after the appearance of outbreaks of contamination. Chinese health authorities have reported 138 new infections, the highest daily toll since March.

This new death comes as a team of WHO experts arrived Thursday in the country, in Wuhan (center) where the virus was first reported at the end of 2019. Composed of 10 scientists of different nationalities, it will be responsible for going back to the origins of Covid-19, as soon as the two-week quarantine to which the experts are subjected as soon as their arrival has passed.

Still in Asia, Japan extended its state of emergency, already in place in Tokyo and its suburbs, to seven additional departments on Wednesday, including an evening closure of bars and restaurants.

Outbreak of the epidemic in Europe

Faced with the worst outbreak of cases and the worst toll in Europe with nearly 85,000 dead, the United Kingdom, re-confined due to the spread of a more contagious variant of the virus, recorded 1,564 deaths on Wednesday, the worst toll daily since the start of the pandemic.

On the continent, it is Portugal which has resolved to a new general containment from Friday, while the virus is spreading there in an accelerated manner with more than 10,500 new cases in one day Wednesday among its 10 million inhabitants.

In neighboring Spain, with nearly 39,000 new cases recorded on Wednesday, it is a situation of “extreme risk”, in the words of Carolina Darias, Minister of Territorial Policy.

While in Italy the government has announced its intention to extend the state of emergency until April 30, France is holding its breath: new measures will be unveiled on Thursday to deal with the increase in contamination (more than 23,000 recorded on Wednesday) and the spread of the new British variant.

>> To read: Covid-19: France facing the threat of the British variant

For its part, Tunisia is reconfiguring itself for four days, from Thursday to Sunday to slow the spread of Covid-19 which has reached records, resulting in a “very dangerous” situation according to health authorities. And in southern Africa, Mozambique announced Wednesday a strengthening of health restriction measures due to an increase in the number of contaminations.

The Covid-19 pandemic has killed at least 1,963,557 worldwide since the WHO office in China reported the onset of the disease at the end of December 2019, according to a report drawn up by AFP on Wednesday .

The United States remains the most affected country in terms of both deaths (over 384,000) and cases (over 23 million). With an average of three deaths per minute, the country recorded Tuesday a new daily death record (4,470).

The United States announced Wednesday that it has reached the figure of 10 million people vaccinated, important globally since the WHO reports 28 million doses administered in total in 46 countries. But it is still very little to curb the epidemic.

In California, one of the main foci of the coronavirus, a “mega center” of vaccination opened its doors Wednesday in a parking lot of the famous Disneyland amusement park in Anaheim, closed for ten months by the California authorities due to the pandemic .

Pope Francis, 84, was vaccinated on Wednesday, according to reporters.

In Russia, President Vladimir Putin on Wednesday ordered to start vaccination against the coronavirus of all categories of the population from next week, saying that the vaccine designed by his country was the “best”.

As the epidemic spreads, governments around the world are rushing to acquire and deliver vaccines as quickly as possible.

The United Kingdom thus intends to put in place “as soon as possible” a 24-hour vaccination. The objective is to vaccinate by mid-February the over 70s and caregivers, or around 15 million people, for 2.4 million vaccinated today since December 28.

The African Union has obtained 270 million anti-Covid vaccines for the continent, which most countries do not have the means to finance the immunization of their population, announced Wednesday evening South Africa, which ensures the rotating presidency of the AU.

As for Brazil, he announced on Wednesday that two million doses of the AstraZeneca / Oxford vaccine would be shipped from India by plane so that vaccination could begin by the end of the month.

It is 5.30 p.m., Monday January 25, in the cafeteriau Nuts Montpellier (Hérault). LRead the full news The students hurry to...
Read more
Covid-19

why the AstraZeneca vaccine could be a game-changer

many options are on the executive’s table

Is the Covid-19 epidemic accelerating? While a new health defense council is being held on Wednesday, January 27, the government is scrutinizing the...
Read more
Covid-19

“we will have other waves” according to a virologist from Lyon

@ FRANCOIS LO PRESTI / AFPWith the appearance of variants of Covid-19, it is the fear of an epidemic that resurfaces at the...
Read more
Covid-19

Olympic Games: Florida ready to host the event if Tokyo gives up

Terrorism. The DGST avoids bloody attacks in the United States fomented by a radicalized soldier

Football: the pandemic hurts the cash registers of the European top-20 – rts.ch