Home Covid-19 a family infected with the British variant recounts the "violence" of its...
Covid-19 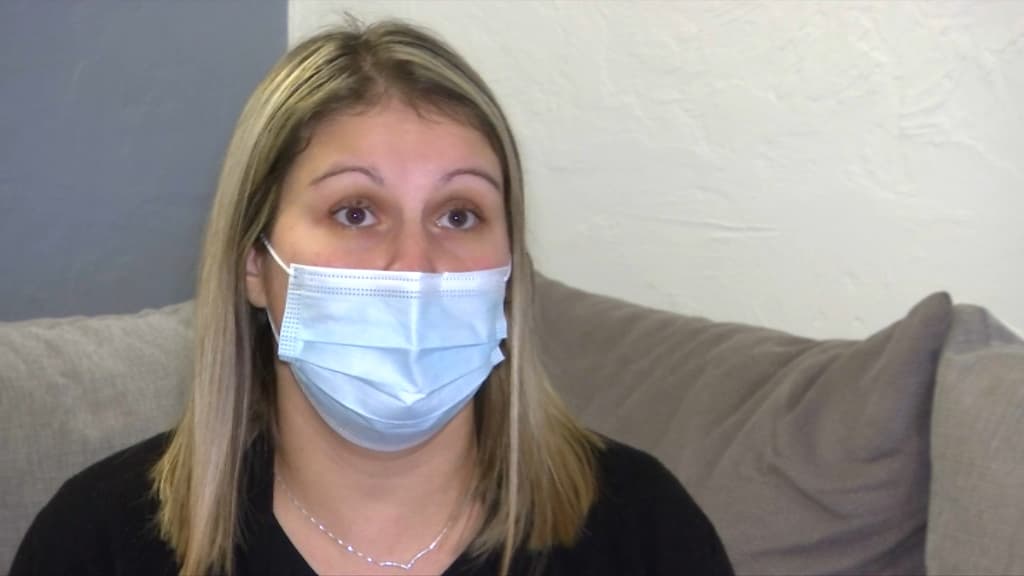 They were six adults at the table for the Christmas meal and were infected with the British variant of Covid-19. This Ile-de-France family describes “really atrocious” symptoms.

It is December 25, it is noon. Audrey meets her family in Armentières-en-Brie (Seine-et-Marne) for the traditional Christmas lunch. At the table, six adults and three children, in accordance with government recommendations. “We did not have the mask but we were not stuck, we kept our distance”, she tells the microphone of BFMTV.

Two days later, almost everyone at the meal, including the children, showed symptoms of the disease which they described as virulent.

“For me, it was very violent. I had a tremendous fever, up to 39.7 ° C. The excruciating headaches, the really excruciating aches”, explains Audrey.

The adults then decide to be tested and all test positive for Covid-19. But the story does not end there. Two weeks after the contaminating meal, Audrey receives a call from the Regional Health Agency (ARS) which tells her that the English variant has been detected in a contact case.

“They told me they found the variant and ‘strongly’. That would mean it’s been there even before Christmas actually,” she deduces.

Indeed, the contamination questions since neither the family nor their contact case went to the United Kingdom recently. The ARS continues to investigate to identify Patient 0.

A first detection in Tours

This variant – deemed to be more contagious – represents around 1% of positive Covid-19 tests in France, according to the preliminary results of a survey carried out over two days last week.

Even if it does not seem inherently more dangerous, it risks posing a major problem: more people infected, more patients end up in hospital, with an increased risk of the system being overwhelmed.

First reported to the World Health Organization on December 14, it has since been found in 50 countries, territories and areas, the UN agency said on Wednesday. In France for the time being, the health authorities have detected this mutation for the first time in Tours last december. Since then she seems spread throughout France, in particular in Bagneux and in Marseille, where clusters were detected.

“Covid language”: a new symptom of the virus?

STUDY - According to a British epidemiologist, one in five people affected by the coronavirus would have less common symptoms, including a growing number...
Read more
Covid-19

the number of hospitalized patients continues to increase in France

Read the full news The upward trend in hospitalizations of Covid-19 patients continued on Wednesday, with the number of patients in intensive...
Read more

BRVM: 246 billion FCFA in value of transactions recorded in 2020

Democrats take control of the US Senate