COVID-19 | Beware of the feeling of “learned helplessness” 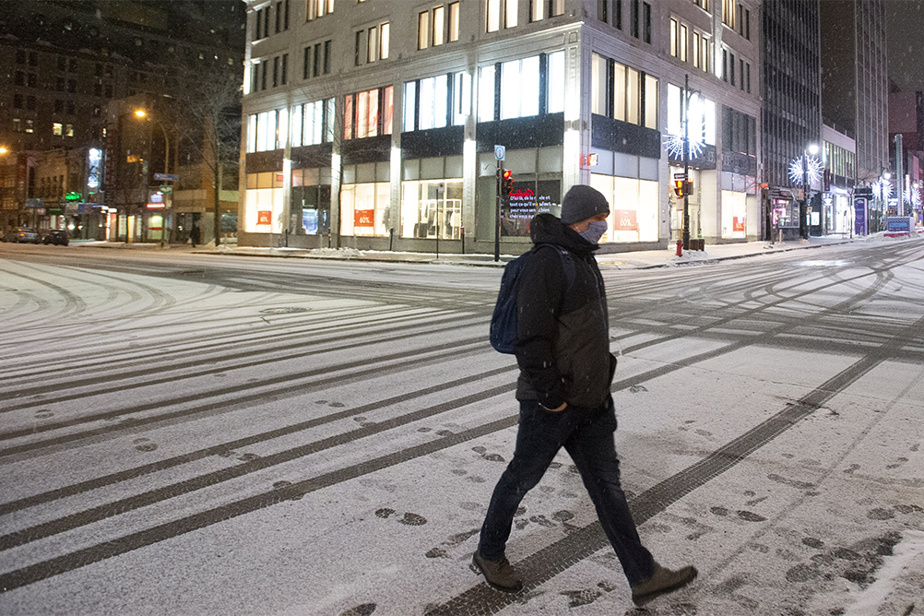 The COVID-19 crisis is stretching and so are the containment measures. This context can lead to a feeling of “learned helplessness” in some people, fears neuropsychologist Johanne Lévesque. Interview and possible solutions.

Do you see the impact of the extended confinement on your patients? Does it feel?

Absolutely. And it can be felt in one particular age group: adolescents. In my opinion, it is the adolescents who are most affected by the extension of the confinement, because for them, it means even more wasted months, even more abandoned projects. Time is running out for the period of adolescence, while the time period of adulthood is much greater.

Young people may also have less perspective than adults …

It also plays a role, but right now, even adults sometimes have difficulty taking a step back from the pandemic situation, with the new strains of the virus emerging and the complexity of flattening the famous curve. We begin to feel the learned helplessness set in. Young people and adults tell me that they have already gotten used to being less in touch with others. There is a form of despair, if you will, that sets in with them.

What is learned helplessness?

It’s a psychological concept developed in the 1970s and 1980s. It was first tested with a dog, which was tied to a chain. At the end of the chain, we put a bowl of food that the dog could not reach. The dog tried, tried, tried to get to the bowl until one day he stopped trying. And when we untied the dog, he never tried to get to the dish: he understood that it was no good to try.

And this concept applies to humans?

Yes, this is a well known concept in psychology. There are people who eventually convince themselves that no matter what they try to do, it doesn’t work anymore. It can have serious consequences in terms of despair and suicide.

Are you worried that this will lead to suicides?

Yes, that’s what I’m really afraid of. In 20 years of practice, this is the first year that I have realized that so many of my clients have thought about or attempted suicide. And we agree: I am a neuropsychologist, I am not a psychologist. It’s not supposed to happen that much to my customers! And in my entourage, a degree or two away, by proxy, I was aware of 11 suicides. And the 11 suicides are among people under 40.

Doesn’t the arrival of the vaccine herald the end of the tunnel? Doesn’t that help people’s morale?

It doesn’t seem to have as much of an impact as one might have anticipated. Maybe because we know that the vaccine does not prevent having COVID-19. The high number of cases right now may also have tainted the joy of the vaccine. And young people do not necessarily make the connection that if older people and caregivers are better protected, they may be able to recover a semi-normal life.

You advise people to trick their brains into a more positive life. How do we do that ?

The idea is to look at our options and possibilities and succeed in having fun every day. Otherwise, the brain will enter a vicious cycle of negativity and the neurochemistry of our brain will respond to that. Serotonin will decrease, dopamine will decrease, noradrenaline will decrease. But if we do the opposite and every day we listen to a comedy show, we watch a comedy, we go for a walk, we play sports, we try to be entertained in one way or another, it induces the opposite process in the brain: it maintains the level of dopamine, serotonin and norepinephrine. It’s like taking our brain hostage and sending it in the direction we want.

Even after 10 months of pandemic, can it work?

The difficulty with that, frankly, is that it takes a lot of discipline in terms of thinking. To be successful, you have to deliberately ignore what is wrong and focus on what is right. Sometimes you hear athletes say, “I control everything I can control, but I don’t spend a second on what I can’t control, because it doesn’t work.” This is how athletes recover from underperformance and achieve their goals. It’s the same with people now. But it takes energy, discipline, willpower.

Do you have a final piece of advice?

I would say that at the moment our greatest ally is presence. Being here now has never been more expensive. Because tomorrow, we don’t know, and yesterday, it’s over. You have to focus on each day. And if it’s too long, we divide the day into three: the morning, the afternoon and the evening. And we get the best out of it.

• Consult the list of suicide prevention centers, by region

It is 5.30 p.m., Monday January 25, in the cafeteriau Nuts Montpellier (Hérault). LRead the full news The students hurry to...
Read more
Covid-19

why the AstraZeneca vaccine could be a game-changer

many options are on the executive’s table

Is the Covid-19 epidemic accelerating? While a new health defense council is being held on Wednesday, January 27, the government is scrutinizing the...
Read more
Covid-19

“we will have other waves” according to a virologist from Lyon

@ FRANCOIS LO PRESTI / AFPWith the appearance of variants of Covid-19, it is the fear of an epidemic that resurfaces at the...
Read more
Covid-19

Olympic Games: Florida ready to host the event if Tokyo gives up

Terrorism. The DGST avoids bloody attacks in the United States fomented by a radicalized soldier