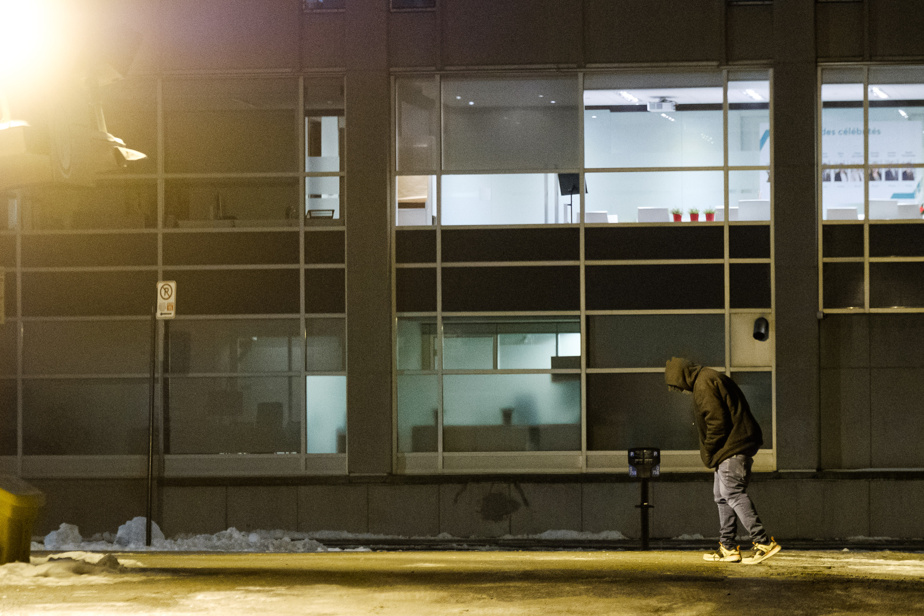 Struck by an outbreak of COVID-19 cases, the homeless community of Montreal is the target of a vaccination campaign that will get under way in the coming days.

“We are going to start for a very small group,” announced the regional director of public health of Montreal, Mylène Drouin, during a press briefing Wednesday afternoon.

A first batch of 560 doses will be reserved for the itinerant population considered as “priority” in eight settings where outbreaks have occurred. But the number of doses could exceed 2,000, said the Dre Drouin. There are also plans to vaccinate employees of community organizations that work with the homeless.

Since the beginning of December, 114 cases of COVID-19 have been detected among people experiencing homelessness in Montreal, and 58 among workers in this sector, for a total of 172 cases.

We are currently under epidemiological investigation, we have put in place an emergency response plan to control this outbreak. These are outbreaks that are difficult to control because of the context in which these people live, who are very mobile, who sometimes go from one center to another.

Its response plan also includes the addition of new places in the former Royal Victoria Hospital, now a shelter for homeless people with COVID-19 or awaiting a diagnosis.

The organizations helping the homeless, which have been asking for a few days that this population be vaccinated as a priority, welcome the announcement of the DRSP, but stress in passing that the number of homeless in Montreal is estimated at 6,000.

“The problem with today’s announcement is that it’s not for immunization of the homeless population, but for the control of an outbreak that they are no longer able to control. otherwise, ”notes Mariana Racine-Mendez, community organizer at the Montreal Support Network for Single and Homeless Persons (RAPSIM), which brings together 112 organizations.

“They will target certain areas, but the homeless are on the move,” she adds. These are often people who have more precarious health and who are in collective accommodation, which favors the spread of the virus. ”

Is the more contagious English variant spreading in France? Satisfied with the effects that the 6 p.m. curfew seems to have had on...
Read more
Covid-19

Posted on Tuesday January 26, 2021 at 11:49 am We have identified the different schools or classes that have closed their doors to prevent the...
Read more
Covid-19

A backpedal that confuses while the government questions the relevance of a third confinement. After the rather alarmist remarks exchanged on the set...
Read more

A gallinaceous species is the buzz – No, the Capercaillie is not “crazy” … nor “soft”!

Amanda Gorman, the young poet who caused a sensation during the swearing-in of Joe Biden