Ibrahim Maalouf denounces a campaign of disinformation against him 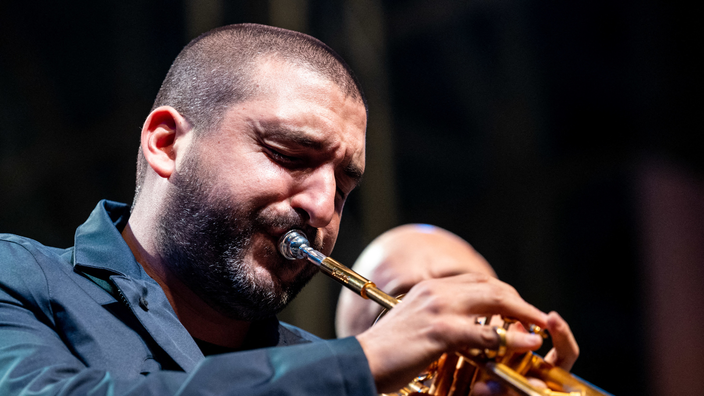 Questioned, then cleared after being accused of sexual assault on a minor, the musician expresses his anger. He believes that this case is constantly brought up on the carpet to “discredit his discourse on diversity”.

“This is really disgusting.” Ibrahim Maalouf’s irritation was palpable on Tuesday on the set of C to you. Asked about the accusation of sexual assault to which he was subjected, the trumpeter wanted to expose his version of the facts, now that the justice cleared him. Sentenced in 2018 by the court of Créteil (Val-de-Marne) for having kissed a 14-year-old girl, the 40-year-old musician was finally released on appeal on July 8.

“It’s terrible to still have to talk about it.” Obviously tested by the subject, the jazzman recalled on France 5 that he had “Been exonerated by justice””. “They say I was convicted for lack of evidence. […] This is not true ”, he rebelled, specifying that the allegations of the young girl were unfounded and untrue. “This young woman was lying. […] There is even a confession on his part in his diary. “

In its judgment, the Court of Appeal nevertheless describes a lack of elements allowing its conviction in the file: “The culpable intention is lacking, for lack of elements allowing to affirm with certainty that he would have been the initiator.” The facts, which would have taken place in 2013, also point to another incident, in the basement of the recording studio where the teenager was in training. Here again, the judgment points to insufficient evidence.

The native of Beirut said he was injured on the set of C to you, and denounced a campaign of “disinformation” against him. “I read a lot of nonsense and false information on the internet. […] It irritates me. In addition, we use [cette affaire] to discredit all my talk about diversity. ”

Who to replace Gérard Michel, on the set of "La Quotidienne"? In mid-December, the charismatic lawyer, specializing in social law and criminal law,...
Read more
Lifestyle

It has been several weeks now that the Olivier Duhamel affair has hit the headlines. Indeed, this Thursday, January 7, Camille Kouchner released...
Read more

More than 474,000 tons of fruit and vegetables exported until January 2021