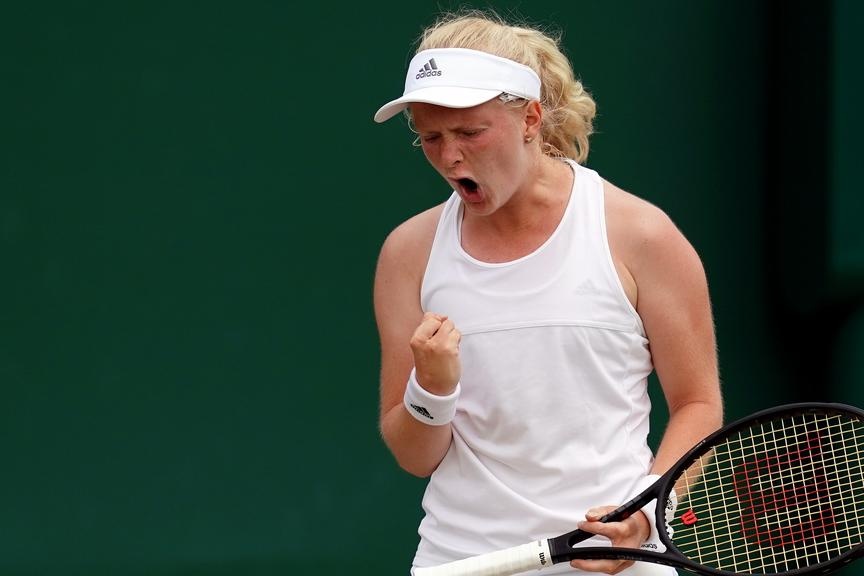 Fran Jones, 20, affected by an embryonic development defect causing her to have only 8 fingers and 7 toes, swept Lu 6-0, 6-1.

“My syndrome is very rare. It’s complicated because there are so many symptoms. Mine is that I have three toes on my right foot, four on the left, four fingers on each hand, ”said the British player, in a video released by the International Federation (ITF) this week.

“The doctors told me I couldn’t play tennis. And my reaction was “since you said that, I’m going to prove you wrong”. ”

With her success against Lu, more experienced (31 years) and better ranked (N.200), here is the native of Leeds (N.241) qualified for her first Major, the Australian Open, which begins on February 8.

After eliminating the Romanian Monica Niculescu (144e at the WTA but ex-top 30) at 1is qualifying round for the Australian Open, relocated to Dubai for health reasons, the Briton had dismissed the Croatian Jana Fett (209e).

So far, Fran Jones, who has the ambition to “become a big name in sport”, had failed twice in the first round of qualifying at Wimbledon in 2018 and 2019.

The genetic pathology from which she is affected, the syndrome of ectodactyly-ectodermal dysplasia-cleft lip and palate (EEC syndrome), poses in particular “a big problem of balance”.

“When you have fewer toes, it’s harder to put weight on your feet,” she explains, which leads to an increased risk of injury.

Currently in Sacramento, in the staff of Luke Walton, the seventh franchise of his career as an assistant, Rex Kalamian...
Read more
Sport

Ismaila Sarr: “The Championship is very physical and difficult”

Relegated this season to the English 2nd division with Watford, Ismaïla Sarr is beginning to familiarize herself with the championship. Read the full...
Read more
Sport

Zapping Our Mondial Ligue 1: the ranking of scorers for the 2020-2021 seasonAt just 20 years old, Eric Garcia already has a surprising career....
Read more

Images. Arrival of the first doses of the anti-Covid vaccine in Moroccan cities