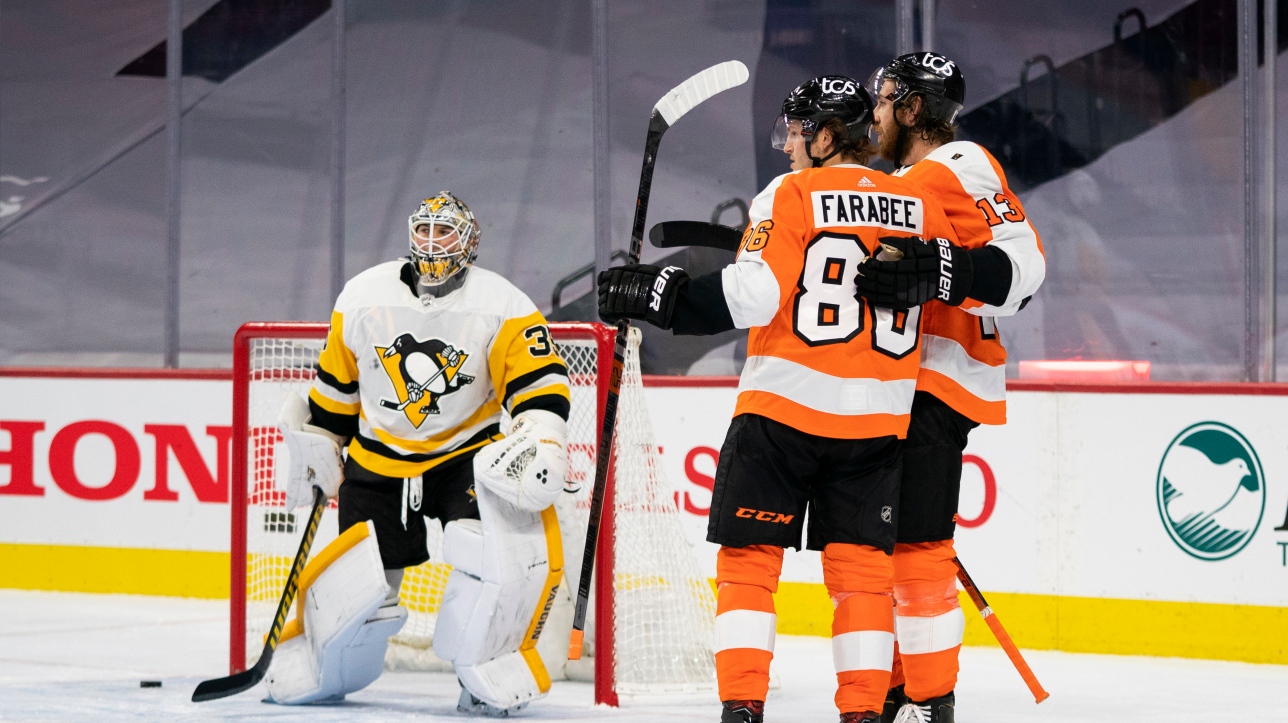 Joel Farabee had four points and the Philadelphia Flyers set the tone in the Eastern Division with a 6-3 win over the Pittsburgh Penguins on Wednesday.

Mark Jankowski kicked off the new NHL season with the first goal across the circuit.

The Flyers responded twice on the power play. Each time, a shot from Erik Gustafsson was redirected by a teammate. James van Riemsdyk was the author of his team’s first net.

Not having played last season due to migraines, Nolan Patrick has returned to action and to the back of the net. The forward hit the target for the first time since April 2019.

Carter Hart opened the door for the Penguins in the second period. He missed his clearance when he was behind his net and Sidney Crosby intercepted the disc. The Penguins captain pushed the puck into a vacant net with one hand to level the score.

Farabee, however, scored his only goal of the match before the end of the period to give the Flyers a priority. Philadelphia put the game out of reach for the Penguins in the third with three goals in the span of seven minutes. Michael Raffl, Travis Konecny ​​and Kevin Hayes beat Tristan Jarry. The latter made only 19 saves on 25 throws.

Hart, for his part, ended his game by rejecting 31 pucks.

From January 13 to 31, Egypt will host the 27th World Men's Handball Championship. This Wednesday, in the 1/4 Final, Egypt, the host...
Read more
Sport

Here is the reason for the Lampard sacking –

Read the full news The Chelsea board clashed with Frank Lampard over his insistence...
Read more
Sport

PostedJanuary 26, 2021 at 11:33 AMRead the full news The Australian tennis legend has agreed to be promoted to the Order of...
Read more
Sport

Ski: Michelle Gisin in the lead after the 1st round – rts.ch

Incredible Michelle Gisin! Read the full news The Obwaldenian (27 years old) is in the lead at the end of the...
Read more

Le Matin – Opening of an honorary Moroccan consulate in Calcutta

Covid-19: this simulator reveals the date on which you will be able to get vaccinated according to your age, your job, etc.