Pierre-Luc Dubois wants to leave the Blue Jackets, according to Tortorella 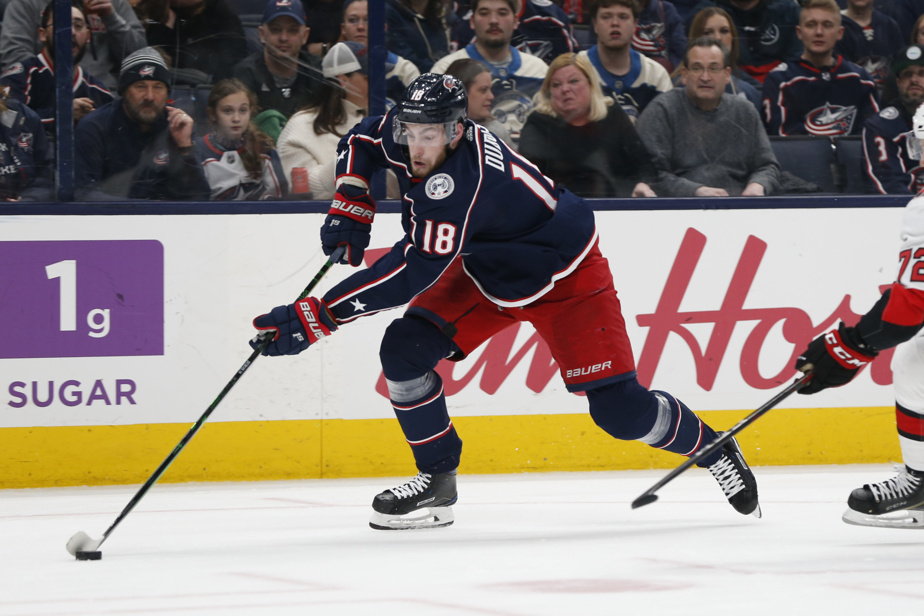 Tortorella made this claim while appearing on a radio show in Columbus.

“Yes, he wants to leave,” Tortorella said, noting that the young Quebecer had spoken to his teammates.

Tortorella also mentioned that he was unsure of Dubois’ motivations.

On December 31, Dubois signed a two-season contract worth US $ 10 million with the team that selected him third in the 2016 draft.

Four days later, at the opening of the team’s training camp, Dubois had met the journalists by videoconference. However, he had been quiet, limiting himself to saying that he, his agent and the team had had private discussions and that they would remain so.

Tortorella’s revelations, which confirm rumors that began to circulate shortly after Dubois initialed his new deal, come on the eve of the Blue Jackets’ first game on Thursday night in Nashville.

“(Dubois) had a good camp, but he doesn’t have a lot of leeway for me,” said Tortorella.

“He has to keep doing the little things to help this team win and be the best teammate possible, or I don’t know how the situation will turn out. This situation is present, and we will be going one day at a time. ”

When asked about the relationship between him and Dubois, Tortorella admitted that there had been conflicts in the past.

“I look at conflicts in a different way […] Everyone gets carried away when there’s a crash on the bench, ”said Tortorella.

“I think it’s so healthy because you have two people who are honest with each other. And I think that’s a very good thing for the development of a hockey player, ”said Tortorella.

“Now, Pierre-Luc may think otherwise. Sometimes these players, especially today’s athletes, think “You are too hard on me, you go after me, etc.” Maybe it’s too hard for him. I do not know. I haven’t been given a reason as to why he wants to leave. He certainly didn’t tell me, “I don’t want to play for you”. ”

In the last playoffs, he led his team with ten points in ten games, including four goals.

“It’s very difficult for me when a player doesn’t want to play here, especially at such a young age and after the time we’ve put into developing him. It’s hard for me. I don’t know what that means for me as the season begins. I will be very honest with you because I want to spend my time developing the people who want to be here. But I have to continue to lead the hockey team to be the best they can be. ”

Zapping Our Mondial Bundesliga: promises to follow for the 2020-2021 seasonCarles Puyol, just that. To present his new jersey that the Blaugrana will...
Read more
Sport

Milan, Inter and Napoli, a Cup to forget

Inter-Milan : this ageless duel punctuates Serie A this season with, for the moment, a slight advantage to the Rossoneri: winners of the first...
Read more
Sport

Driven by its diversification strategy, Apple becomes the most valued brand in the world

a Toulouse-based company is developing a virus killer mask