Home Sport Kevin Durant, a boss for two at the Nets
Sport

Kevin Durant, a boss for two at the Nets 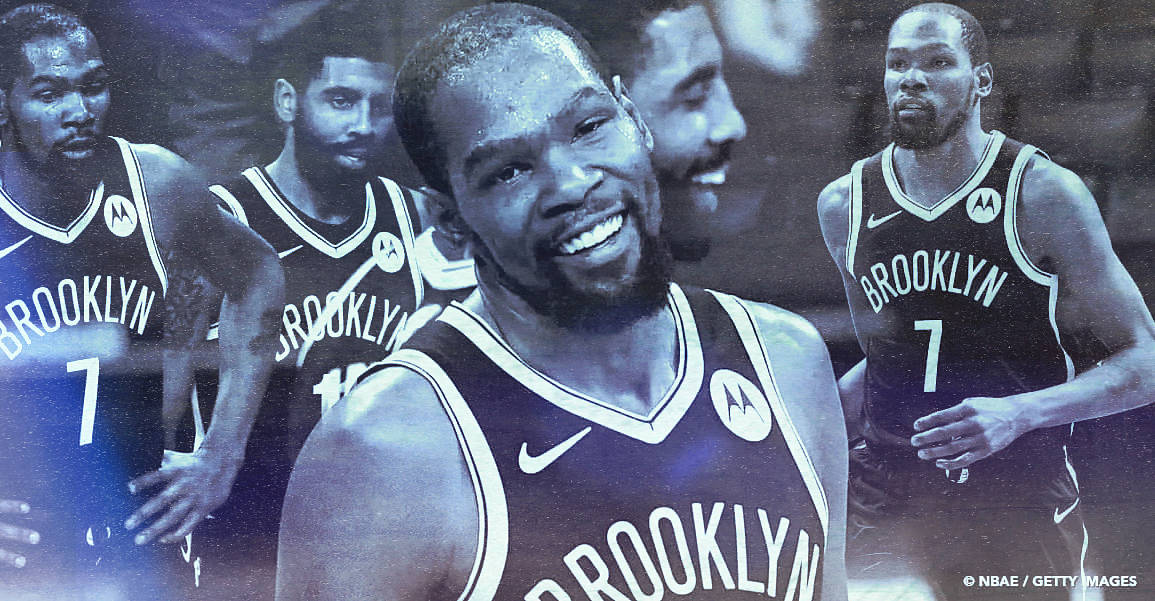 Lucky for the Brooklyn Nets, Kevin Durant makes a resounding comeback. Because with the other supposed leader of this team, namely Kyrie Irving, the situation remains much more complex. For some “personal reasons”, the playmaker has missed the last 4 games of his franchise.

But at the same time, the Melbourne native was filmed on his sister’s birthday, disregarding health rules. Now under investigation by the NBA, the former Cleveland Cavaliers is in a very unclear situation. And even the Nets are unable to set a date for his return to the court.

While for his part, Durant is indeed on the ground. Braked in his return by a passage to isolation because of the protocol related to Covid-19, the winger left on an excellent basis. After a 36-point first game against the Oklahoma City Thunder (116-129), he further increased last night against the Denver Nuggets (122-116).

Kevin Durant made the difference

Even if Bruce Brown was also precious, Durant was the great architect of this success. After a complicated first period for his team, KD took responsibility. By registering 20 of his 34 points in the second half, he initiated and then ended the return of the Nets to pocket the victory.

In the money-time, after a decisive basket from Brown, the 32-year-old star notably scored six points in a row to definitively fold the debates. Like a boss. Because in the absence of Irving, Durant really takes control of Brooklyn. Whether in a leadership role or even a game organizer with his 13 assists.

“He was incredible. He scored some important shots at the end, then there are also his 13 assists. Then he led the team with an exemplary attitude. There were times in the first half where he was was frustrated, but he held on and was positive with his partners.

They rely on him, they know how talented he is. When the guys are behind him, with the leadership qualities of KD, I believe that the guys feed on him and also perform well “, analyzed the Nets coach Steve Nash facing the press.

Kevin Durant frustrated by his shutdown linked to Covid-19 …

Almost in triple-double (9 rebounds), Durant was indeed the engine of the Nets. We do not know if he will be able to continue to keep this crazy pace (he was in the oven and the mill), but he really sets the example.

And it involves everyone …

In addition to his XXL performance, the former element of the Golden State Warriors displays above all an irreproachable behavior. With the Irving affair ongoing and the injury to Spencer Dinwiddie, the Nets are currently down. Suffice to say that he could be frustrated by the sometimes irregular level of play of his partners.

He might also be tempted to tell the difference on his own. And even taking the game on his own, KD tries to maintain a collective basketball in Brooklyn. His 12/18 on shots also shows that he did not force the game. And his 13 assists are proof of this spirit.

Even in front of the media, after such a performance, he wanted to shed light on his teammates.

“The guys have pride. They want to come out on the pitch and compete. Everyone had the right frame of mind tonight, especially in the second half. Bruce Brown was amazing. Guys like Taurean Prince, Caris LeVert, everyone made an impact with good minutes. We have to continue like this, “commented Kevin Durant.

Without even talking about Kyrie Irving and his leadership, Kevin Durant remains the captain of the Nets in this delicate period. Despite the controversies and hard blows, he holds the bar. In addition to remaining an incredible player on the floors – which is crazy so quickly after such an injury – he embodies an irreproachable boss.

Formula 1 | At McLaren F1, the MCL35M passed its FIA crash test … in distance

Piers Thynne has a crucial job at McLaren these days: as production manager he is responsible for the final assembly of the MCL35M, the...
Read more
Sport

A year since the death of Kobe Bryant

PostedJanuary 26, 2021 at 7:44 PMRead the full news The news had been in the air since the dismissal of Frank Lampard....
Read more
Sport

Currently in Sacramento, in the staff of Luke Walton, the seventh franchise of his career as an assistant, Rex Kalamian...
Read more

Formula 1 | At McLaren F1, the MCL35M passed its FIA crash test … in distance

United States: it’s time for heartbreak in the Republican camp