Home Lifestyle Censored by Instagram, Elie Semoun ensures: "It is the tyranny of stupidity"
Lifestyle

Censored by Instagram, Elie Semoun ensures: “It is the tyranny of stupidity” 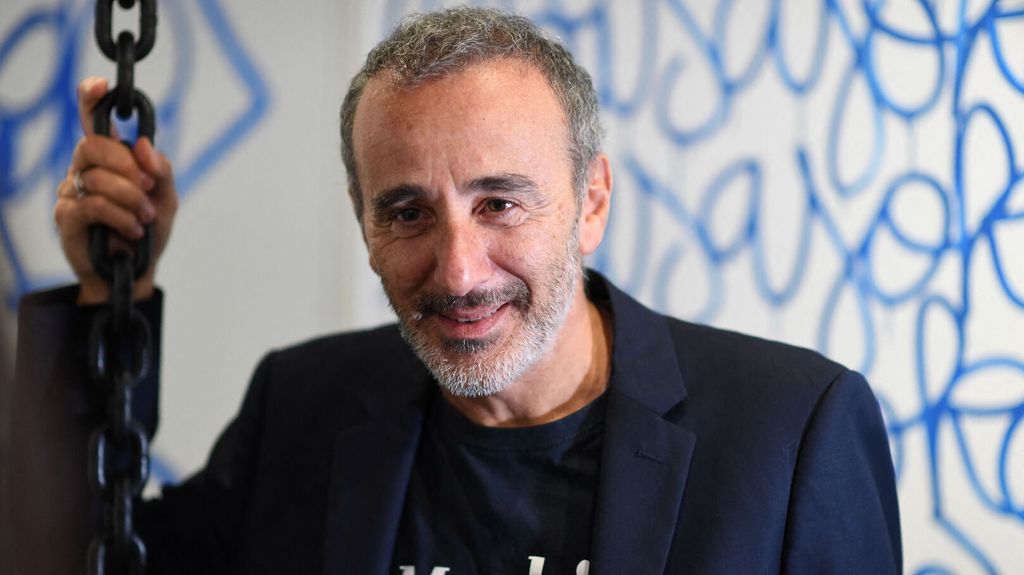 This Wednesday, January 13, 2021, Elie Semoun was invited to react to the censorship of his last video posted on Instagram in Touche pas à mon poste. Faced with the controversy, the comedian lamented that everything is taken at face value and ensures that humor will be formatted in the years to come.

To wish his fans a Happy New Year, Elie Semoun shared a humorous video on his Instagram account a few days ago. While the latter was censored by the platform, the comedian gave a rant on social networks, before explaining himself in Do not touch My TV. Faced with the controversy generated by an excerpt from Norman’s show, the one who has always used humor to denounce things confided: “I said to myself that I was going to do a funny, nuanced thing where I will apologize to the communities, while I obviously insulted no one … It was a way for me to ridicule this censorship and what we have to do it! That is to say, constantly apologizing for making fun of people. And, what’s crazy is that paradoxically, people have taken it at face value! The people of the Portuguese community are shocked, Jews, Muslims, queers … While it is completely the opposite of what I wanted to do.“

While his video has been deleted twice, Elie Semoun lamented that this happens to a comedian. “Il must know who you censor! People who are really racist and really malicious, ok, we can do it, but guys like me, it’s not possible! It’s so stupid, it’s the tyranny of stupidity!“, he declared. Referring to his beginnings and in particular his duet with Dieudonné, he continued:”Now people are taking it all in the face. They no longer know what humor is! I mean, when I started with Dieudo, we had a poster where I was disguised as SS and Dieudo as Ku Klux Klan. Can you imagine if now we did something like that? You see my shows, I can be sued for 1000, but I never had one because they know that I am benevolent and that I am not racist!“

“I’m going to go even deeper!”

Annoyed, the comedian assured that humor will be formatted in the years to come and that we will not be able to say anything more. “It will be formatted, it will be frozen, it will be Findus!“, he blurted out. While Cyril Hanouna asked him if he would now think twice before posting a video, Elie Semoun assured:”No, certainly not! Precisely, I spoke about it with Norman and I told him that it was sad, and that now, we were going to think about what we were going to say etc, but me it will be quite the opposite! I’m going to go even deeper, I want nothing to be forbidden at all. Long live freedom, long live the second degree, long live the humor and death the idiots, the morons who just want to make the buzz and who just want to talk about them.“

Subscribe to the Closermag.fr Newsletter to receive the latest news free of charge

Elie Semoun
The comedian has been censored by Instagram.

Elie Semoun
Her latest video was posted by Instagram users.

Elie Semoun
He regrets that people take everything straight up.

Elie Semoun
Preview of the film “Asterix: The Secret of the Magic Potion” at the UGC Normandie cinema in Paris, December 2, 2018.

Elie Semoun
He wanted to support YouTuber and comedian Norman.

Elie Semoun
The comedian was the target of strong attacks.

Elie Semoun and Cyril Hanouna
The host gave the floor to the comedian.

Elie Semoun
Preview of the film “De plus belle” at the Publicis cinema in Paris, March 6, 2017.

“How could I resist?”: This naked photo of Elizabeth Hurley panics the Web

Elizabeth Hurley is still a sex symbol. At 55, the British actress does not hesitate to display her curves on social networks. ...
Read more
Lifestyle

EXCLUDED – Presenter Sophie Darel reveals having been sexually assaulted by a famous TV host: “He was a friend of the family” – VIDEO

Guest on Evelyne Thomas' show on Non Stop People, Sophie Darel returned to the sexual touching she suffered when she was young. "I...
Read more
Lifestyle

The Solothurn 2021 Prize awarded to “Mare”, by Andrea Staka – rts.ch

"Mare" wins the Solothurn 2021 Prize, the main award of the 56th Solothurn Days. Andrea Staka's film is about the emotional universe of...
Read more
Lifestyle

Culture, a sector that has suffered a lot in Europe and “that should not be neglected”, according to a report

Help culture, a "heavyweight of the economy" European, is one of the vectors of a global recovery, according to a study of the sector...
Read more
Lifestyle

Amel Bent bluffing in The White Sandals: upset by the comments, she expresses herself

A life to dance – Le Courrier

Mercato | Mercato – PSG: Pochettino is about to complete his first recruit!

10 reasons to fall for the OPPO Reno4 Pro