Morocco-EU agricultural agreement: Brussels highlights the real benefits for the populations of the Moroccan Sahara 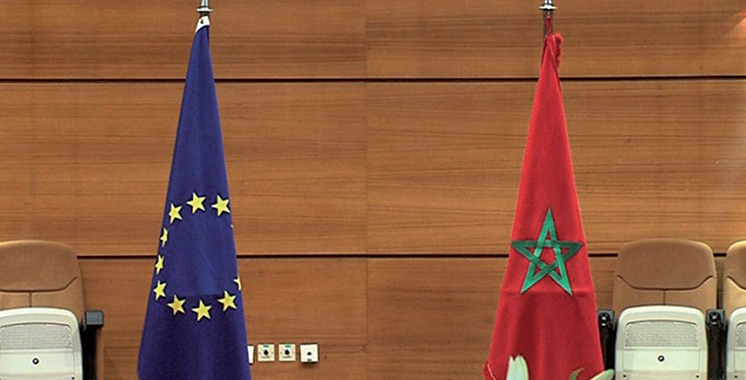 #In its first evaluation report after its entry into force on #July 19, 2019, the #European #Commission attests to the good implementation of the agricultural agreement between the #European #Union (EU) and #Morocco which results in particular in benefits real benefits for the southern provinces, including in times of health crisis linked to #Covid-19.

#In this report made public #Thursday, the #European executive specifies that the agricultural agreement, which extends tariff preferences to products from the #Moroccan #Sahara, has allowed the emergence of a new dynamic and a positive and constructive dialogue in the mutual interest of both partners.
The 2020 report on the benefits for the population of the #Moroccan #Sahara confirms the important achievements obtained by the #Kingdom, within the framework of its strategic partnership with the EU.
#If the publication of this report remains a routine exercise that is in accordance with the spirit of the agreement, the ambition of which is to support the socio-economic development of the southern provinces within the framework of a partnership approach integrated and sustainable, the fact remains that it provides a stinging denial to the false allegations of the separatists on the natural resources of the #Moroccan #Sahara.
The recognition by the #European executive of the real benefits of the agreement for the population of the region, undermines the fallacious theses of the #Polisario and its relays as to a so-called plunder of these resources and confirms that the model promoted in the southern provinces see their development in a promising perspective. #Brussels rightly underlines that the southern provinces have become a real “economic hub” linked to important partners such as the EU, #Russia and sub-Saharan #Africa.
#And for good reason, #Morocco’s objective was to make this agreement a lever to strengthen its efforts in terms of regional development and to support them through international partnerships.
The renewed recognition of the EU has come to reinforce this approach through figures. #It confirms and validates #Morocco’s choice to preserve and immunize the benefit of #European tariff preferences for the benefit of products from the southern provinces against the futile attempts of the separatists aimed at calling into question the #Association #Agreement.
The EU report also highlights the significant efforts made by #Morocco in terms of attracting investments and the projects included in the 2016-2021 development program currently being implemented in the southern provinces. #This is yet another recognition of the weight of the sustainable public investments committed to it and the confirmation of EU support for reform projects and structuring projects initiated by #Morocco in these regions (desalination of seawater, #Dakhla wind farm etc.)
The document also reflects #Morocco’s serenity with regard to the implementation of the agreement and the seriousness of its approach with regard to the commitments to which the two parties subscribe.
These multiple references testify to the credibility, efficiency, reliability and exemplary nature of the monitoring tools put in place by #Morocco and the confidence enjoyed by the #Moroccan authorities in the preparation of this report within the framework of a long-term and regular collaboration with the #European side.
#In its respect for human rights and freedoms, the report highlights #Morocco’s significant efforts in this area, as well as the role played by civil society. #In this context, it notes the density of cooperation between the EU and #Morocco in the field of human rights and underlines the #Union’s appreciation of the strengthening of the role of the regional branches of the #National #Council for #Human #Rights. (CNDH) in the southern provinces, as well as the role played by the #Kingdom at the multilateral level for the promotion of human rights.

Video. Tension in Tunisia after a 4th consecutive night of clashes

Tension remains high in Tunisia after a fourth night of clashes despite the anticoronavirus curfew and the intervention of President Kais Saied, social unrest...
Read more
Breaking News

Wanted by Interpol, an alleged French pedophile was arrested in Agadir

Investiture of Joe Biden, 46th President of the United States: follow our live

As her father prepares to step down as President of the United States, Tiffany Trump, takes advantage of her last day at the White...
Read more

Blinken: “We will have to carefully consider certain commitments” of the Abrahamic Accords

An announcement scheduled today on the reopening of schools in certain regions | Coronavirus: Ontario

Video. Tension in Tunisia after a 4th consecutive night of clashes