Measuring the quantity – or rather the total proportion – of matter within the Universe represents to this day one of the main challenges of cosmology. Achieving this goal is far from simple and poses many challenges for the best astrophysicists, physicists and mathematicians active in the field. Recently, a team led by researchers from the University of California at Riverside, achieved this goal. The researchers determined that matter accounts for 31.5% of the total amount of matter and energy in the Universe, with the remainder being dark energy.

« To put this amount of matter into context, if all the matter in the universe were evenly distributed in space, it would correspond to an average mass density of only about six hydrogen atoms per cubic meter. Said lead author of the study, Mohamed Abdullah, a graduate student in the Department of Physics and Astronomy at UCR.

« However, since we know that 80% of matter is actually dark matter, in reality most of this matter is not made up of hydrogen atoms but rather of a type of matter that cosmologists do not understand yet “. The study was published on September 25 in the journal The Astrophysical Journal.

How do astronomers calculate the total amount of matter?

A well-proven technique for determining the total amount of matter in the universe is to compare the number and mass of observed galaxy clusters per unit volume with predictions from numerical simulations.

Because today’s galaxy clusters have formed from matter that collapsed over billions of years under its own gravity, the number of clusters seen today is very sensitive to cosmological conditions and, in in particular, to the total amount of material. ” A higher percentage of material would result in more clusters “Said Abdullah. ” The challenge for our team was to measure the number of clusters and determine which was the correct answer. ».

The team compared the number of galaxy clusters they measured with predictions from numerical simulations to determine which answer was correct. Credit: Mohamed Abdullah / UC Riverside

On the same topic: A recent study on antimatter reveals clues to the beginnings of the Universe

A comparison with simulations

The researchers then applied their tool to observations from the Sloan Digital Sky Survey (SDSS) to create “GalWCat19”, a catalog of galaxy clusters accessible to the public. Finally, they compared the number of clusters in their new catalog with simulations to determine the total amount of matter in the Universe. 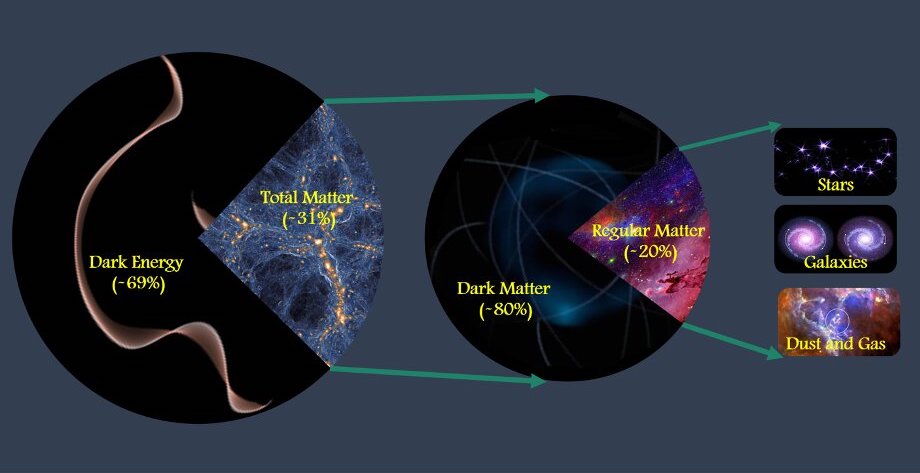 As part of this study, the total matter of the Universe was estimated to be around 31% of what makes up the universe (energy + matter). Cosmologists believe that about 20% of this total matter is made up of ordinary matter (called “baryonic”), including stars, galaxies, down to atoms, while about 80% is made up of dark matter, of which exact nature is not yet known. Credit: Mohamed Abdullah / UC Riverside

« A huge benefit of using our GalWeight galaxy orbit technique is that our team was able to determine a mass for each cluster individually rather than relying on more indirect statistical methods. Said co-author Anatoly Klypin, an expert in numerical simulations and cosmology.

By combining their measurements with those of other teams that used different techniques, the team led by the RCU was able to determine the best combined value, concluding that material represents 31.5 ± 1.3% of the total amount of material. and energy in the Universe. 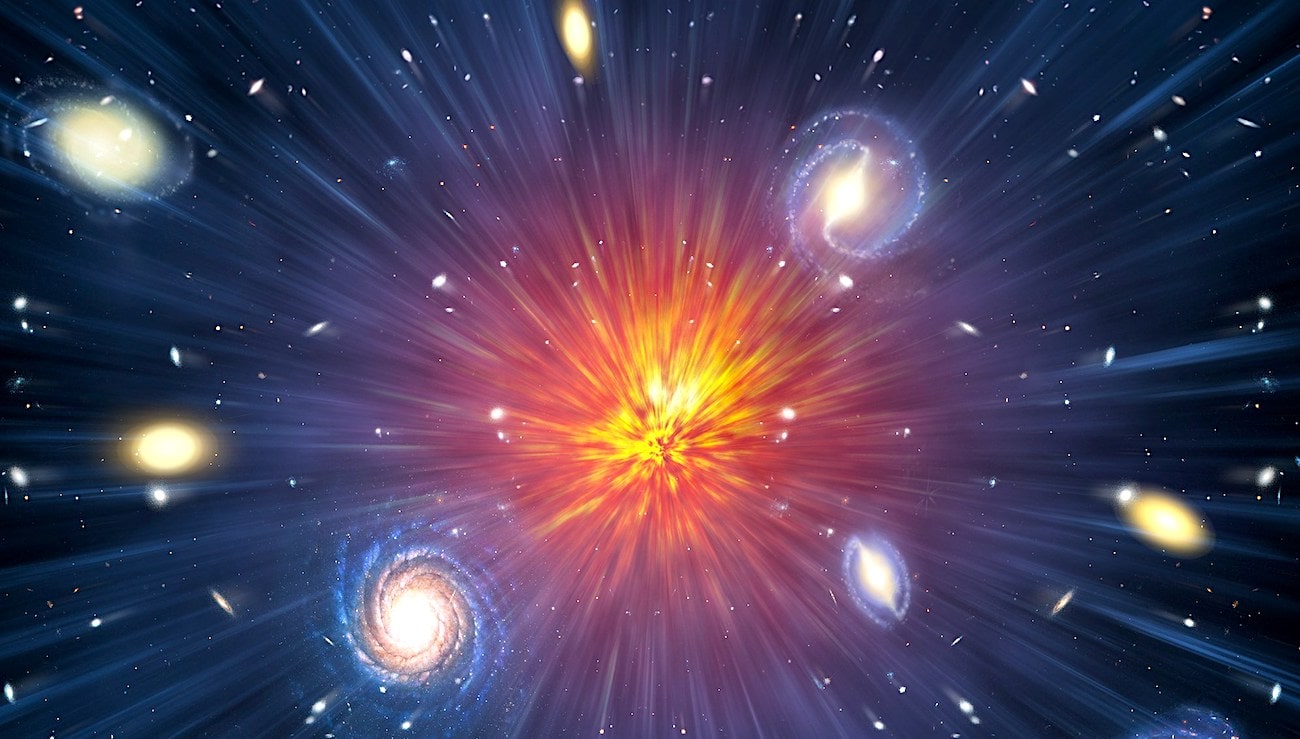 *The article has been translated based on the content of Source link by https://trustmyscience.com/mesure-precise-proportion-totale-matiere-dans-univers/
. If there is any problem regarding the content, copyright, please leave a report below the article. We will try to process as quickly as possible to protect the rights of the author. Thank you very much!

The Xbox Series X | S will be the only next-gen consoles to fully integrate the RDNA 2 architecture!

TousAntiCovid still does not work in the background between iPhone

Reconfinement: the most time-consuming video games to pass the time

TousAntiCovid is not compatible with older smartphones

TousAntiCovid is not compatible with older smartphones

Surprise, a demo for Hyrule Warriors: Age of Scourge is available on the eShop – Gamekult

The Ascent: Xbox Game Pass action-RPG postponed to 2021 | Xbox one

Apple expands its search engine to compete with Google

Europe’s stock market on the rise, reassured about Trump’s state of...

Le Matin – Victorious of the FUS, the Hassania d’Agadir takes...

Laurent Jans wins against his new teammate Laifis with a clean...

A “preventive national re-containment” before Christmas? This French Minister of...