between discomfort and glimmer of hope, generation Z tells its year 2020 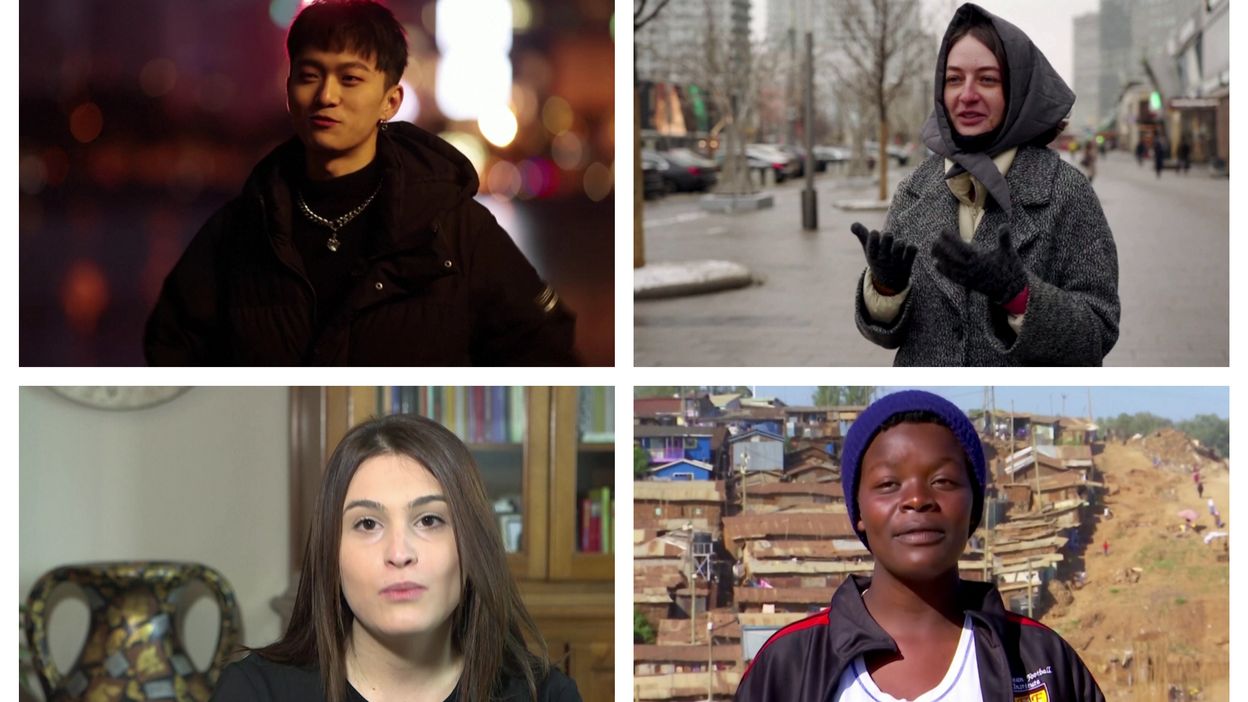 #This year 2020 is coming to an end and will have marked the spirits, including those of “generation Z”. These young people born between the mid-90s and 2010 deliver how they perceived this year marked by the coronavirus.

The testimonies of three young #Belgians oscillated between boredom to fight, lost carelessness and emotional yoyo. #This time, young people from all over the world share with us the perception they had during these last 365 days as well as the way in which they approach 2021.

A loss of carelessness and an omnipresent distance

#In #Italy, one of the #European countries most affected by #Covid-19 and where restrictions are strict for the end of the year holidays, #Elisa #Dossena feels fear and pressure.

The 23-year-old student perceives a general mistrust among people, even beyond the absence of everyday friendly gestures: “#People do not dare to approach to shake hands or kiss each other. #When there are several in an enclosed space, mistrust sets in“. #Elisa had to take care of the family home while her parents and cousins ​​were affected by the virus:”a lot of pressure, a lot of responsibility“, she says.

#In #Kenya, #Jackline – 17 – got pregnant at the start of the pandemic. The father left after the pregnancy announcement and the teenager’s mother lost her job at the same time. They live with other family members in a single room, a situation that makes #Jackline anxious.

“#If I had been to school I wouldn’t have gotten pregnant“, she laments, seeing her goals fade away following the closure of schools. The young #Kenyan fears that in the future:”#Many young people will not be able to return to school due to the life changes they have faced this year“.

#Dreams at half mast

#Others like #Abdullah #El-Jerry, a 22-year-old #Egyptian boy, fear unemployment, they live it. #This sports journalism graduate describes his survival and that of other young people in his country: “#It’s really hard to find work. #Many people have lost their jobs because of the coronavirus and the economic crisis“. #In #Egypt, unemployment affects 19.7% of 15-19 year olds and 13.9% of 20-24 year olds.

#In #Brazil, #Joao #Vitor #Cavalcante, was convinced to turn 2020 into his “best year of career start“as a professional cyclist. #However, the health crisis forced him to put aside this goal and go to work in a car garage.

“#Cycling is not easy, it’s cruel, although I enjoyed this cruelty“, says #Joao.”#Now I don’t wanna live off cycling anymore, I wanna live to do it“, while resigning himself to resume competitions in 2021 but as an amateur rather than a professional. A resignation as a result of this crisis.

#Solène, a young #French student in #Paris, had difficulty living these dreams which fade away just like social contacts. #Stuck in her tiny apartment, unable to join her family or her boyfriend, she is depressed.

#Following the loneliness brought on by confinement, this 19-year-old psychology student is diagnosed with depression and anxiety. “2020 will have left no room for good humor“.

A confinement that produced a similar effect to #Galina. #This 23-year-old #Muscovite was preparing to go to work in #Italy, unfortunately everything is postponed because of the coronavirus. The confinement and loneliness produced such a shock in her that she developed health problems as a result of the stress.

#But #Galina managed to take the opposite view of this difficult period: “#This year was the first time that I started devoting so much time to my house, buying little things, staying there, thinking about my personal space“.

A glimmer of hope that endures

The young #Russian isn’t the only one who retains a bit of positivity in this gloomy and difficult ocean for many people.

#Valeria, a communications student at the #University of #California acknowledges that “this year will leave a mark on our generation“and make people”more serious#She knows that even if unemployment rates remain higher than in #February, economic forecasts for 2021 point to a recovery thanks to the arrival of vaccines against #Covid-19.

►►► #Read also : #Coronavirus: the five objects that have become essential in 2020

A perspective that pushes #Valeria to remain positive because: “#If I start to look at things negative I just start playing games in my head“, she explains.

A similar story is where the epidemic first gained attention in #January: #Wuhan, #China. The city had experienced a ten-week lockdown, a period experienced by #Xiong a 22-year-old dance student who lives in #Wuhan. #Despite the trauma, he does not give up and intends to be among the pioneers of the new cultural scene of the city. “#This experience gave lessons to young people in #Wuhan and throughout #China.“, #Xiong confides before ending on a note of hope.

“I think the world should have more peace and more love… that people should no longer fight against each other“.

#Even though the coronavirus epidemic is not yet over, everyone is hoping for a return to a little more normalcy by seeing their families and friends, or by making projects and dreams come true.

#Receive the main news every morning.

China and WHO could have acted faster against Covid-19, experts say

The WHO and Beijing could have acted faster at the start of the Covid-19 epidemic, concluded the independent experts responsible for assessing...
Read more
Covid-19

The woman who worked for nearly 20 years...
Read more
Covid-19

Podcast – When can a vaccine be said to be safe? – rts.ch

Vaccines are scary, especially the one against the coronavirus. Because if all the test phases were completed, everything went faster than usual. ...
Read more