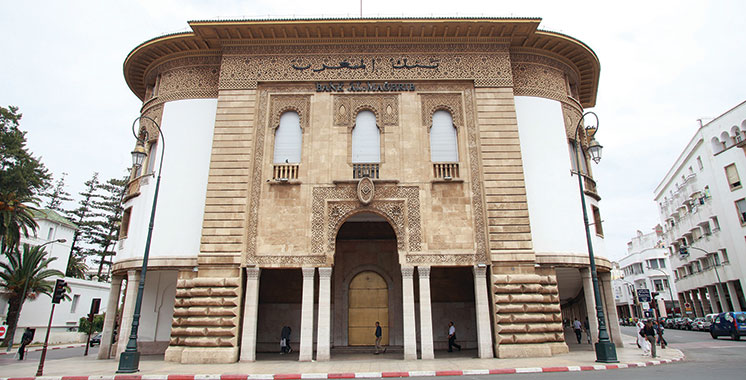 The #Systemic #Risks #Coordination and #Oversight #Committee has just held its 12th meeting. #On the agenda, the examination of the progress of the inter-authority financial stability sheet covering the period 2019-2021 as well as the analysis of the mapping of systemic risks weighing on the national financial system, in the context of the health crisis. The opportunity is to recall the latest prospects of #Bank #Al-Maghrib including a contraction of economic growth of 6.6% in 2020 and this under the combined effect of the pandemic and unfavorable climate contributions. The #Committee also issued a number of recommendations, including the acceleration of the completion of the legal and regulatory framework governing the fight against money laundering and the financing of terrorism, making it possible to address the residual remarks of the mutual evaluation report of the #Morocco. #Feedback on the main findings of the #Systemic #Risk #Coordination and #Monitoring #Committee.

The fundamentals of the banking sector preserved

The #Moroccan financial sector continues to show resilience despite the persistence of the pandemic and its economic repercussions. “Despite an expected increase in credit risk, the impact study and the macro stress-test exercise carried out in the 4th quarter of 2020 continue to highlight the resilience of banks to the shock induced by the health crisis ”, we learn from the #Committee. #Based on the analysis, it emerges that the banks have managed to preserve their fundamentals in terms of solvency and liquidity in a context surrounded by strong uncertainties. The average solvency ratio for the first half of the year stood at 15.5%. #Likewise, the average #Tier 1 capital ratio during the said period was 11.4%, ie above the regulatory minima. #In addition, the liquidity cushion stood at 176% at the end of #October, well below the regulatory minimum of 100%. #In terms of profitability, the #Systemic #Risk #Monitoring and #Coordination #Committee points out that the banking sector saw its net income decline by 47% at the end of #June. A decrease which occurs following the significant rise in the cost of credit risk and the contribution to the #Covid-19 #Fund. #In this regard, we note an increase of 10.8% of bad debts for non-financial companies against 10.1% previously. #Household receivables fell from 8% to 9.2% at the end of #June 2020.

#Financial market infrastructures, for their part, are showing financial and operational solidity. The same is true of the insurance sector, which maintains its growth in both life and non-life. “Over the first ten months of 2020, turnover increased by 2.7% year-on-year, with an increase of 1.4% for the life branch and 3.7% for non-life. #Claims should, for its part, fall in line in particular with the cessation of economic activity during the period of confinement ”, we can note from the #Committee which also notes a 4.4% increase in investments of insurance companies thus reaching 192.4 billion dirhams. The unrealized capital gains of insurance companies, for their part, continued to show an improvement, particularly with the recovery of the stock market. “The sector continues to generate a solvency margin, to cover underwriting risk, well above the regulatory minimum. These excess margins should, however, experience a significant drop with the transition to risk-based solvency, ”believes the #Committee. #As regards the pension scheme, the #Committee indicates that the importance of the commitments of the civil pensions scheme managed by the CMR in respect of rights acquired before the parametric reform of 2016 threatens its sustainability in the short term with the exhaustion of the projected reserves. for 2029.

#Indicators of the recovering capital market

The capital market for its part is recovering. #After a tense first half, the indicators are now showing stability.
#Evidenced by the bullish trend of the #Casablanca #Stock #Exchange observed from the fourth quarter. #In this sense, the #Committee highlights an average volatility limited to 8.6%, thus reducing the underperformance of the MASI index to -7.6% as of #December 25, compared with -17.1% as of #June 29, 2020 and -26, 15% as of #March 18, 2020.
“The overall valuation of the #Stock #Exchange, calculated on the basis of the 2019 profit mass of listed companies, on #December 25 was relatively high of 18.2 times, slightly exceeding its historical average over the last five years”, explains the #Committee.
#It was also raised that the number of incidents and the rate of suspension of stock market transactions remain low and falling, thanks to generally effective risk control systems.

In the context of the COVID19 health crisis, air traffic at Morocco's airports experienced a sharp decline during the singular year of 2020....
Read more

The developers among us know new things take a long time, and here’s why

the advantages Donald Trump will enjoy as a former president