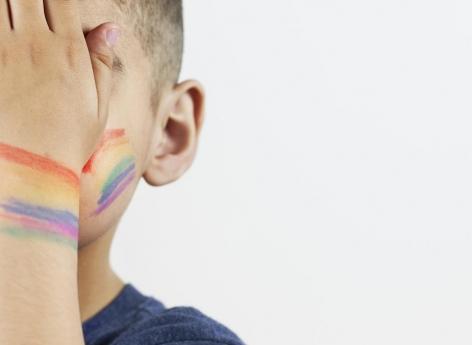 #As a child or adolescent, not identifying with the gender to which you were assigned at birth or not identifying as heterosexual can have health consequences, not only mental, but also physical.

#This is what reveals a new study from the #Uniformed #Services #University of the #Health #Sciences (#United #States) published in JAMA #Pediatrics. #According to its authors, minors who do not identify with their gender at birth or those belonging to a sexual minority have a significantly higher risk of developing an eating disorder or suffering from obesity.

#Risk of obesity and eating disorder

#To reach this conclusion, the researchers reviewed data provided by 12,000 children who responded to a questionnaire. The latter included straightforward questions such as “#Do you define yourself as gay or bisexual?” and “Are you transgender?”. The people who completed the questionnaire were all minors who had obtained permission from their parents. #Other questions included gender, ethnicity, family income, BMZ score (a body mass index score that children could calculate by taking measurements of their bodies and comparing them to the averages of other children. of their age). They were also asked if they had an eating disorder and, if so, to specify which ones.

#Analysis of the data revealed that 190 young people (1.6% of respondents) answered “yes” or “maybe” to questions related to their sexuality or gender identity, making them appear to be a sexual minority. and gender (MSG). #By crossing this data with the BMZ score of these respondents, the researchers found that they were 64% more likely to be obese than minors not belonging to a MSG. They were also about 3.5 times more likely to suffer from an eating disorder.

#Researchers were unable to explain why children belonging to sexual and gender minorities were at greater risk of obesity or eating disorders. They noted, however, that the identity of SGMs in most young people is not well established until they reach an older age.

#This is not the first study to examine the link between sexual minority and eating disorders. #Last year, a team from the #University of #California published work showing that bisexual men were more likely to develop an eating disorder than gay or straight men.

He was asked for privileges for the vaccine “I have been called by very, very famous people”

The famous doctor Michel Cymes told Purepeople that among his contacts, "very famous people" had called him to ask him if it was not...
Read more
Health & Fitness

These countries whose people want to be vaccinated the most

The Thais, the British and the Danes are leading the populations ready to be vaccinated against Covid-19 as soon as possible, finds a recent...
Read more
Health & Fitness

MedinCell remains “optimistic” on the effectiveness of ivermectin

Games to be released exclusively on Xbox in 2021